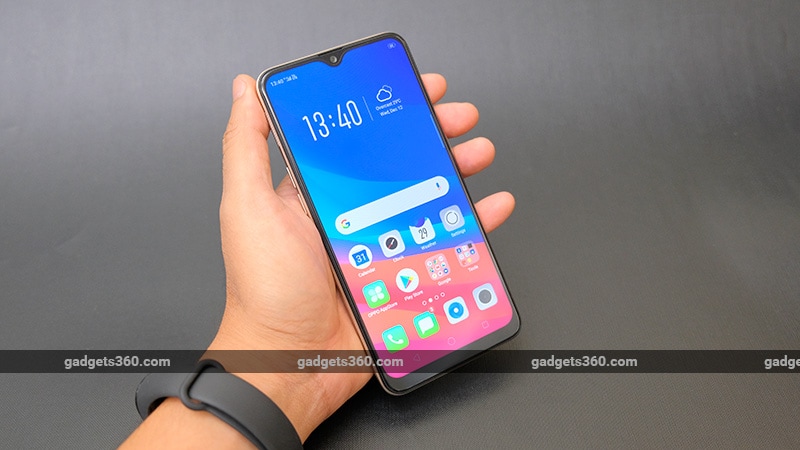 Oppo A7 has received a new variant in India that comes with 3GB of RAM. The fresh option comes more than a month after Oppo launched the 4GB RAM variant of the A7 that debuted in the country last November. The 3GB RAM variant of the Oppo A7 comes with the same 64GB of onboard storage that came the original 4GB RAM model. Priced at Rs. 14,990, the new Oppo A7 variant will go on sale in the country starting Friday. Key highlights of the smartphone include a waterdrop-style display notch, dual rear camera setup, and a 4,230mAh battery.

The Oppo A7 3GB RAM variant price in India has been set at Rs. 14,990. The smartphone will be available for purchase through Amazon.in, Flipkart, Paytm, and Snapdeal starting Friday, January 11.

To recall, the Oppo A7 originally debuted in India back in last November with 4GB RAM option. That model also had 64GB of inbuilt storage, just as the new variant.

In terms of optics, the Oppo A7 sports a dual rear camera setup that includes a 13-megapixel primary sensor along with an f/2.2 aperture and a 2-megapixel secondary sensor along with an f/2.4 aperture. The smartphone also has a 16-megapixel camera sensor at the front for selfies and video chat. The front-facing sensor has an f/2.0 aperture. Also, it supports features such as AR Stickers.

Oppo has provided 64GB of onboard storage that is expandable via microSD card (up to 256GB). Connectivity options on the Oppo A7 include 4G VoLTE, Wi-Fi 802.11 a/b/g/n, Bluetooth v4.2, GPS/ A-GPS, GLONASS, Micro-USB with OTG support, and a 3.5mm headphone jack. Sensors on board include an accelerometer, ambient light sensor, digital compass, gyroscope, and a proximity sensor. There is also a fingerprint sensor at the back. Moreover, the phone packs a 4,230mAh battery and measures 155.9×75.4×8.1mm.