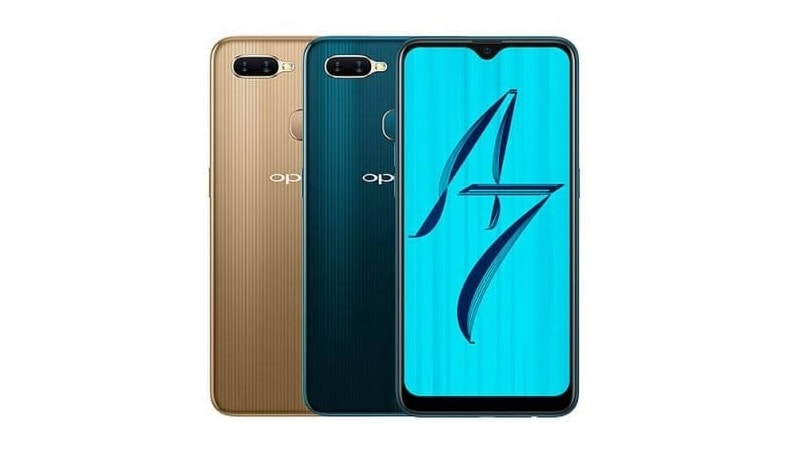 Oppo launched a lower-end version of the Oppo A7 with 3GB of RAM for the Indian market earlier this month priced at Rs. 14,990. The Oppo A7’s 3GB RAM version has now received a price cut worth Rs. 1,000 and is now available for Rs. 13,990. The Oppo A7 3GB variant’s reduced price has reportedly gone effective starting today from Oppo’s partner sales channels. For that sum, the Oppo A7 offers dual rear cameras, a display with a waterdrop notch and a large 4,230mAh battery.

Oppo A7 3GB RAM variant price in India
Oppo has confirmed to Gadgets 360 that the 3GB RAM Oppo A7 price in India has been slashed by Rs. 1,000, and the revised asking price of Rs. 13,990 is now effective. The new price is now visible on Flipkart – it is no longer listed on Amazon and Paytm Mall, at the time of writing. The price cut on the Oppo A7’s 3GB RAM variant was first reported by established Mumbai-based retailer Mahesh Telecom.

Oppo A7 3GB RAM variant specifications
The Oppo A7 (3GB RAM) is a dual SIM smartphone that boots ColorOS 5.2 based on Android 8.1 Oreo and comes equipped with a 6.2-inch In-Cell HD+ (720×1520 pixels) display with a 19:9 aspect ratio and a waterdrop notch on top. In the imaging department, the Oppo smartphone features dual rear cameras that comprise of a 13-megapixel primary sensor with an f/2.2 aperture and a 2-megapixel secondary sensor along with an f/2.4 aperture. On the front is a 16-megapixel camera with f/2.0 aperture that also brings support for AR stickers.

The Oppo A7’s 3GB RAM variant features 64GB of internal storage that can be expanded via a microSD (up to 256GB). On the front of connectivity, there is support for 4G VoLTE, Wi-Fi 802.11 a/b/g/n, Bluetooth v4.2, GPS/ A-GPS, GLONASS, Micro-USB with OTG support, and a 3.5mm headphone jack. The Oppo smartphone comes with a rear-mounted fingerprint sensor and draws power from a 4,230mAh battery.

Uber Lays Off 400 Employees From Its Global Marketing Team to...