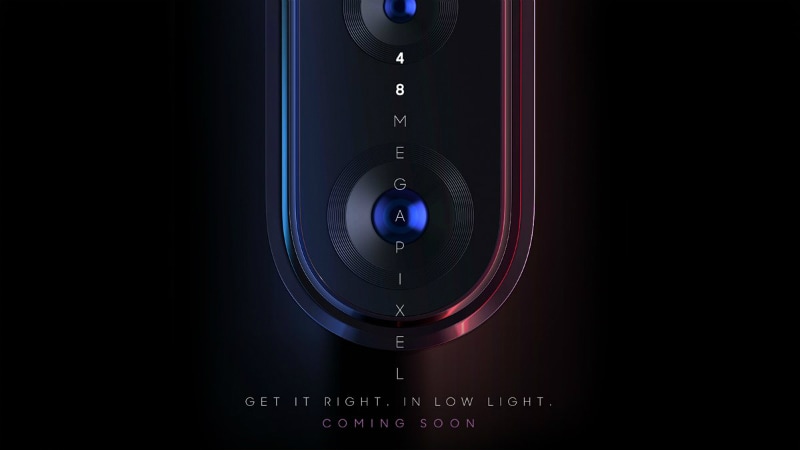 Oppo has started teasing the arrival of the F11 Pro in India. The smartphone is confirmed to arrive with a 48-megapixel sensor, a dual camera setup at the back, and a Super Night mode for better low-light photography. The Oppo F11 Pro is the expected successor of the Oppo F9 Pro launched in August last year. Oppo has been releasing new phones in its ‘F’ and ‘R’ series every six months, a new trend that has been adopted by several OEMs these days. The pricing and availability details of the Oppo F11 Pro remain unclear for now, however we do expect to see the phone reach Indian shores soon.

Coming to the Oppo F11 Pro, the company has confirmed its arrival in India soon with teasers. The company has tweeted of its arrival in India and has confirmed that the dual camera setup at the back will consist of a 48-megapixel sensor. Whether it will integrate the Sony IMX586 sensor or the Samsung GM1 sensor remains to be seen. The teaser shows that the two sensors at the back will be aligned vertically.

Oppo hasn’t revealed the launch date of the Oppo F11 Pro in India, but now that the teasers have started to roll out, we expect it to arrive soon. Oppo recently also launched the Oppo K1 smartphone in India with a waterdrop-shaped display notch, large 6.4-inch display, dual rear camera setup, gradient design rear panel, and a massive 25-megapixel selfie camera. The Oppo K1 price in India is set at Rs. 16,990 for the sole 4GB RAM/ 64GB storage model, and is sold on Flipkart exclusively.