Oppo K1, the Chinese smartphone maker’s affordable in-display fingerprint sensor smartphone, is all set to launch in India on February 6. E-commerce partner Flipkart has confirmed the Oppo K1 India launch launch through a dedicated microsite just days after posting a teaser. The Oppo K1 with an in-display fingerprint sensor was unveiled in China back in October last year. It also features a Qualcomm Snapdragon 660 SoC under the hood, along with up to 6GB RAM. Oppo has also provided a 25-megapixel selfie camera to make the smartphone capable enough to compete against other phones in the sub-Rs. 20,000 price segment. The Oppo K1 price in India is likely to start at around Rs. 17,000.

The dedicated microsite by Flipkart shows that the Oppo K1 will formally arrive in India next week. The launch is taking place at 12pm (Noon) IST on February 6. Previously, the online marketplace hinted at the arrival of the Oppo K1 by showcasing its in-display fingerprint sensor technology and underlining an “unbelievable price”.

Oppo is selling the K1 in China in two colour gradient options, namely Mocha Red and Van Gogh Blue. Both these options are likely to come to India next week. Furthermore, the smartphone is likely to go on sale in the country through Flipkart shortly after its launch. 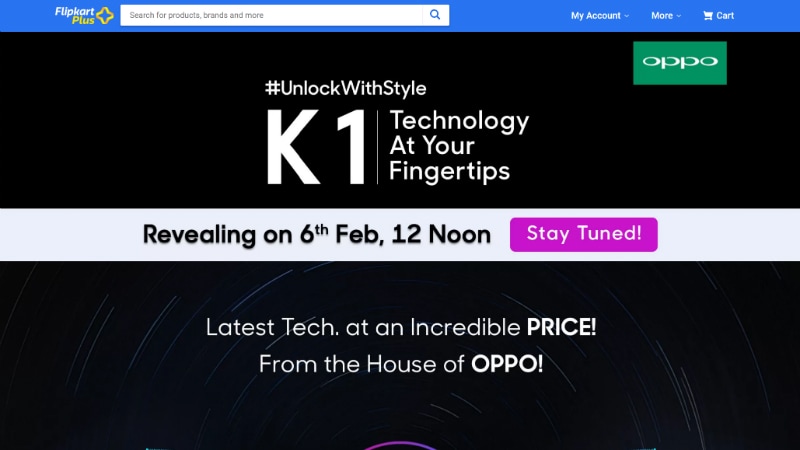 In terms of optics, the Oppo K1 sports a dual camera setup at the back with a 16-megapixel primary sensor and a 2-megapixel secondary sensor as well as an LED flash. For selfies and video chat, there is a 25-megapixel camera sensor at the front.

The USP of the Oppo K1 is its in-display fingerprint sensor. There is also a 3D glass back. Besides, the smartphone packs a 3,600mAh battery.

Microsoft Reveals Its Plans for Windows 10 19H2 Update, Due Later...