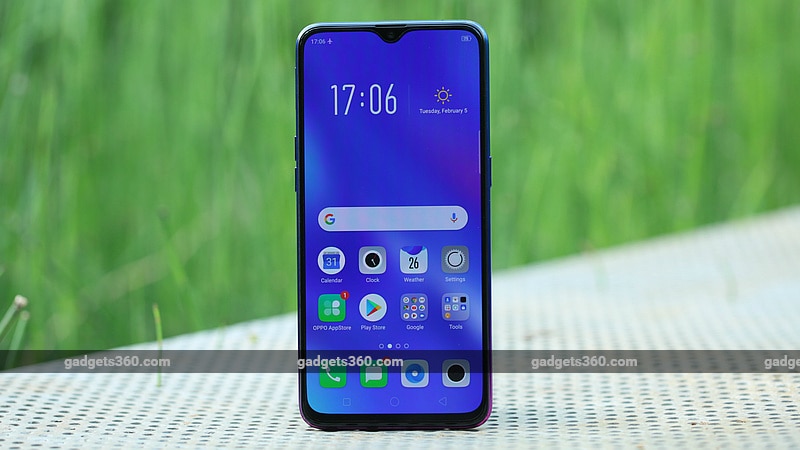 Oppo K1 was launched in India on Wednesday, featuring an in-display fingerprint sensor and Hyper Boost tech for an optimised gaming experience. Other highlights of the Oppo K1 include its waterdrop-shaped display notch, its large 6.4-inch display with Corning Gorilla Glass 5, its dual rear camera setup, as well as its gradient design rear panel. The Oppo K1 also bears a massive 25-megapixel selfie camera, with AI-based beautification features and 296-point facial recognition. The rear camera also features AI scene detection, as well as an AI-powered portrait mode. Read on for more details about the Oppo K1, including its price in India, its release date, launch offers, and more.

The Oppo K1 price in India is set at Rs. 16,990 for the sole 4GB RAM/ 64GB storage model. It will be available in Astral Blue and Piano Black. To recall, the smartphone was launched in China back in October 2018, and included a 6GB RAM offering – we can expect this variant to be launched in India at a later date. The smartphone will be available via Flipkart from 12pm IST on February 12, the company revealed. Oppo K1 launch offers include 10 percent instant discount on Citibank credit and debit cards, no-cost EMIs, Flipkart’s buyback guarantee (90 percent value at Rs. 1), and Complete Mobile Protection.