According to former player and TV pundit Owen Hargreaves, Tottenham should consider a summer move for Crystal Palace’s Wilfried Zaha.

The ex-Manchester United midfielder explained that Mauricio Pochettino’s current squad is so good it could only be improved with the acquisition of a world class player.

He claimed that Zaha, who has been linked with a move to north London before, is the sort of footballer with the requisite quality to make Spurs a better team.

Since moving back to ​Palace, following a disappointing spell at ​Manchester United, the Ivorian winger has proven to be one of the league’s most thrilling attacking players. This season he has netted four times in the league and registered five assists.

​Tottenham have not signed anyone since January 2018, a decision which has invited plenty of criticism, and Hargreaves believes that ​Zaha would be the man to break the transfer drought for.

Speaking on BT Sport, as reported in ​The Express, the former England international was keen to praise the team’s performances this season, saying: “The fact they are second is a stunning achievement. It shows how good a job Pochettino is doing. Every player that steps in seems to do a job.” He then went on to add that only the signing of a top player would make the team better than it already is, stating: “Maybe the only way they are going to get better is with a genuine world class player. He [Pochettino] only wants a player of high character. I think he wants people to fit in and not upset the balance.”

He ultimately suggested the Palace winger as a candidate, saying: “I would like to see Zaha at Tottenham.”

The current injury crisis within the squad – they won’t have the services of ​Harry Kane or Dele Alli until March, who are out with ankle and hamstring problems respectively – does go some way to prove that bringing in another attacking player would not be the worst idea. 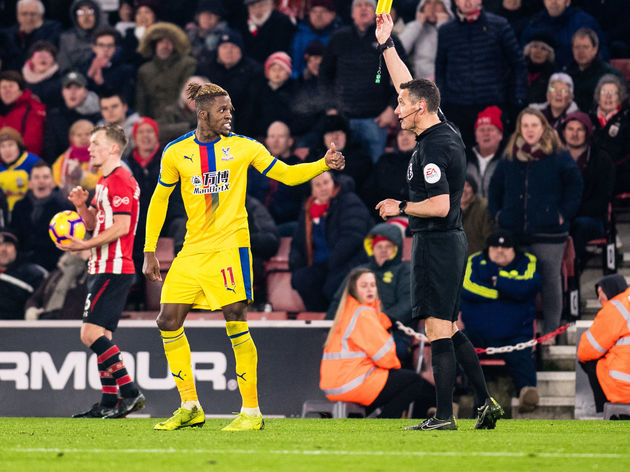 Despite it all, however, Spurs still find themselves with an outsider’s chance of winning the Premier League this season.