Paco Alcácer has revealed that he “feels important again” since moving to Bundesliga leaders Borussia Dortmund.

The 25-year-old recently made his switch to Die Schwarzgelben permanent after initially joining  the club on loan from Barcelona – where he had struggled to make an impact in two seasons in Catalonia.. 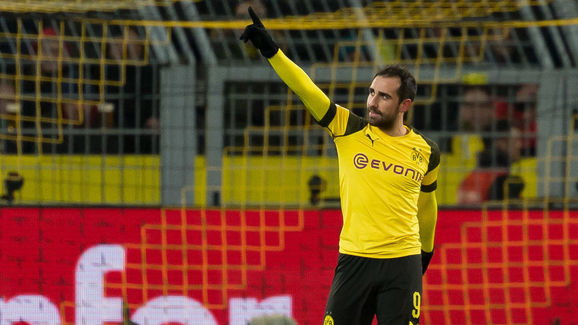 Alcácer started just 14 La Liga games for Barça before opting to leave the Catalan giants in search of regular football, and he has now revealed in an interview with Sport Bild that he feels important once more – even though he would like to start more games.

“I’ve played very little in ​Barcelona for the past two years. That’s why I understand that I haven’t always played from the start so far. Every footballer wants to play. I’m not happy when I’m sitting on the bench. But if we’re having so much success as a team, it’s okay. Because getting a title is always great.”

“I only have one thing in my head: I want to score goals and help the team. This has worked perfectly in the past few months. Actually, I’ve been a little surprised with the ease that I’ve been scoring the goals with. But I have to say that my teammates have a big part in it. They often make it easy for me to score.”

Alcácer has scored 12 goals in 12 Bundesliga appearances so far this season, most of which have come as a substitute. And although the Spaniard appears to be in the form of his life right now, he appreciates why he has perhaps spent so much time on the bench this season.

“If you suddenly have to play every three days after not playing regularly for two years, that’s a big change for the body. I was aware of that,” he added.

“But I work with the coaching team to get my body up to 100 percent efficiency. I want to avoid injuries in the second half of the season.” Dortmund currently lead holders ​Bayern Munich at the top the Bundesliga by six points and are aiming to win the title for the first time since 2012. Alcácer will no doubt be aiming to continue his terrific form during the second half of the season, as well as securing more starts.