After the worst terror attack on forces in Kashmir, in which 40 soldiers were killed, the government today decided to remove “Most Favoured Nation” privileges given to Pakistan and said it would take all steps to ensure the country’s isolation globally.

The foreign ministry, he said, would initiate all possible diplomatic steps to ensure complete isolation of Pakistan in the international community, adding that there was “incontrovertible evidence” of Pakistan’s direct hand in the attack.

Most Favoured Nation status is given to a trade partner to ensure non-discriminatory trade between two countries.

India granted that status to Pakistan in 1996 but Islamabad never reciprocated, even though it is required to do so as a member of the World Trade Organisation (WTO). 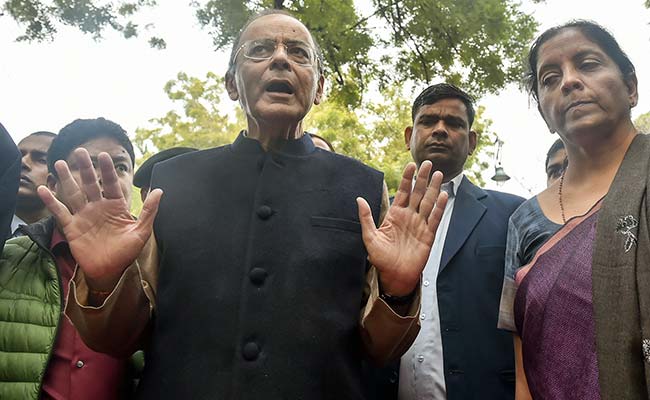 Both India and Pakistan are signatories to the WTO’s General Agreement on Tariffs and Trade, which means they have to treat each other and other WTO member countries as favoured trading partners in terms of custom duties.

Now India can raise customs duties to any level on goods coming from Pakistan.

The government says at a time Pakistan, under Prime Minister Imran Khan, is struggling financially, India’s move to scrap Most Favoured Nation status will hurt the country.

But the move will be largely symbolic as bilateral trade between India and Pakistan is barely $2 billion per year. India mainly exports cotton, dyes, chemicals, vegetables and iron and steel and imports fruits, cement, leather, chemicals and spices.

Mr Jaitley said the foreign ministry would also engage with the international community to make sure that the Comprehensive Convention on International Terrorism, pending for over three decades with the UN, particularly because of the definition of the word terrorism, must be adopted at the earliest.