Former Manchester United star Paul Ince has slammed both Paul Pogba and Alexis Sanchez for their roles in seeing the Red Devils slip to a disappointing first-leg defeat to Paris Saint-Germain in the Champions League last 16.

A goal each from Presnel Kimpembe and Kylian Mbappe saw the Parisiens claim two vital away goals heading into the return fixture in a few weeks, with Ole Gunnar Solskjaer’s side looking well short of their recent best. With Anthony Martial and Jesse Lingard forced off injured, forgotten man ​Alexis was brought on as a substitute, but endured a difficult 45 minutes at Old Trafford.

The Chilean has struggled to recapture the form that he showed at former club Arsenal, with Ince questioning the winger’s attitude against PSG.

He said: “The way Alexis Sanchez is playing at the moment is nothing short of a disgrace. His performances are a joke for the wage he gets. 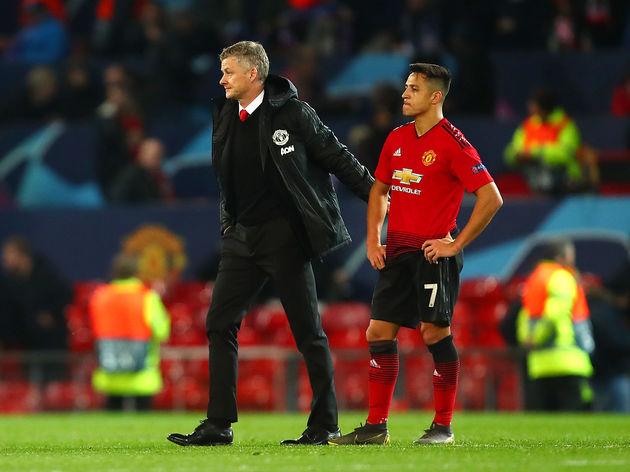 “I wouldn’t begrudge his high wage, either, if I thought that he was truly putting his all in and playing well, but when you give someone that kind of money you expect a lot more. The fans deserve better, Ole deserves better, and so do the rest of his team.

“Maybe he has the hump because he’s not in the starting XI, but that’s hardly a surprise! He’s been hopeless, completely all over the place. He’s a million miles away from being at his best, he looks like a completely different player.”

After seeing ​Pogba sent off for a second bookable offence, Ince criticised the France World Cup winner’s ‘petulance’ and described his behaviour as ‘stupid’.

Ince added: “Paul Pogba really let himself down against PSG. The first yellow card he got was pure petulance – and the second challenge should’ve been a straight red anyway.

“I’d say other teams will be taking notes, knowing they too can mark Pogba out of the game. And just like that, he’s out of the second leg. It’s stupid behaviour. He’s been a talisman under Ole, and to lose him for that game is beyond disappointing.” Despite seeing ​United suffer their first defeat under Solskjaer’s fledgling reign, Ince was quick to insist that the gulf in class between the Red Devils and PSG was far too big to bridge.

He revealed: “I’ve seen people describing Man United’s loss to PSG as a ‘reality check’, but I disagree. I don’t believe anyone truly ever thought that they were equally matched, it’s just that the injuries to Edison Cavani and Neymar gave United false hope.

“They had the best chance they could of getting something out of the game because of those injuries, but the fact is, they’re just nowhere near as good. Reality check? No. I’ve been saying for weeks that it’s wrong to get carried away with United at the moment.

One of the fundamental issues that Manchester United have not dealt with is moving players on who are not good enough. Any new manager can only do so much with a limited squad.

“It’s not to take anything away from the job Ole Gunnar Solskjaer has done, he’s done brilliantly, but the gap between PSG – even without two of their best players – is enormous. There’s a huge gulf between United and the top teams, and the PSG game proved that – it was men against boys.”

He added: “I’m not being disrespectful to Ole, or to the sides he’s played so far, but aside from Tottenham he’s not been really tested. That Champions League game was a real, tough test. Everything has ran smoothly, no major injuries or ugly fixtures.

Last night had been coming and as @ManUtd lost to Juve, scraped past Young Boys and drew with Valencia, losing to PSG no surprise. They did at least try to get on the front foot. Brutal truth is squad is deficient. Key for OGS is for one defeat not to become 2/3/4.

“But now, Jesse Lingard and Anthony Martial look like they’ll be out, and Paul Pogba got himself suspended for the away leg. We will see if he can come with adversity, I’d call it a true test of his management skills. We will get to see what Ole is made of.”

Emerson Palmieri: Chelsea May Have Finally Found the Heir to Ashley...

Cold War 2.0? Russia suspends nuke treaty after US decision to...