​West Ham Pedro Obiang is not looking to leave the Premier League, despite rumours of a potential move back to the Italian top flight.

The midfielder has made 13 Premier League appearances for the Hammers this season, however it is unclear as to whether Obiang will continue to feature regularly for Manuel Pellegrini’s side after a string of disappointing performances. He has only played a full 90 minutes on five occasions. 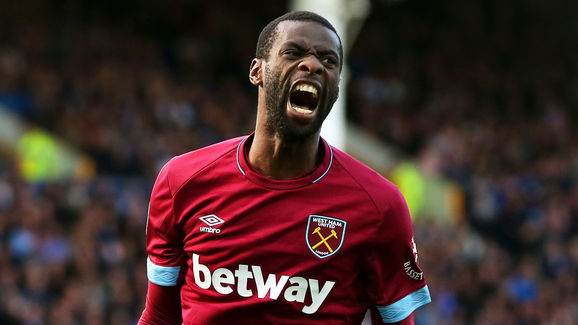 According to Italian news outlet ​Calcio Mercato, AC Milan and Roma are rumoured to be looking at bringing in the central midfielder on loan to add some strength in depth to their respective midfields.

It is reported however that Obiang would prefer to stay in the Premier League, whether at West Ham or with another club, and is not keen on playing back up roles at either club.

Obiang joined West Ham from Italian side Sampdoria in June 2015 and is currently contracted to the east London side until summer 2022.

The midfielder was linked persistently with a move back to former club Sampdoria during the summer transfer window, however he decided to stay at West Ham after a promising season, of which included a wonder goal against London rivals Tottenham Hotspur at Wembley in January 2017.

Obiang could be looking at West Ham’s upcoming fixtures as a chance to prove to Pellegrini that he has a place in his plans, however if this proves unsuccessful, it could be likely that Obiang could move from the London Stadium.

​Stanley Collymore Thinks Liverpool Now Have a Unique Belief Among Themselves

Kiara Advani stuns in pastel separates. How to get the look