Despite Manchester City currently sitting seven points behind Liverpool, albeit with a game in hand, Pep Guardiola has suggested that his side don’t need any help from the January transfer window.

The Citizens struggled to deal with the loss of Fernandinho through injury over the festive period and lost three times in the space of four Premier League games. In a squad that possesses such strength in depth, the Brazilian’s position is perhaps an area of weakness.

However, in his pre-match press conference ahead of ​Manchester City’s crunch match against Wolves on Monday night, Guardiola seemed to rule out any January additions. Manchester City’s offi​cial Twitter page quoted Guardiola, saying: “The big clubs don’t buy players for six months. If you don’t have injuries and you are satisfied with the squad, it’s going well, we will play with the players we have started the season with.”

Despite this, Manchester City have been linked with numerous players across the globe, with many of them capable of playing in Fernandinho’s position. The likes of Ruben Neves, Frenkie de Jong and Tanguy Ndombele have all been linked by Goal.

If the Citizens decide against dipping into the January window, their title hopes may well rest upon Fernandinho’s fitness. Guardiola’s side looked uncharacteristically fragile without the Brazilian and conceded seven goals in four games during his absence. 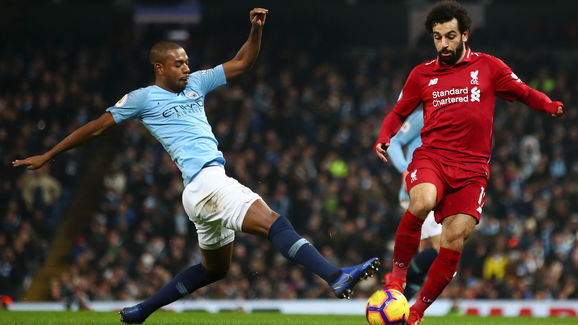 Besides that anchor midfield position, Manchester City are somewhat light at the left-back position with Benjamin Mendy out again and a constant injury threat. In the Frenchman’s absence, Guardiola has often resorted to using either Fabian Delph or Oleksandr Zinchenko at left-back but neither are natural fits.

Despite their latest woes, Manchester City have the best squad in the Premier League on paper. Their attacking options know no limits, with the likes of Riyad Mahrez and Ilkay Gündogan commonly named on the bench. The reigning Premier League champions continue their title defence against a tricky Wolves side on Monday. Nuno Espirito Santo’s side always seem to reserve something special for the big games and City will have to be at their best to move back within four points of Liverpool.

Champions League: Three things to Look out for as Manchester City...