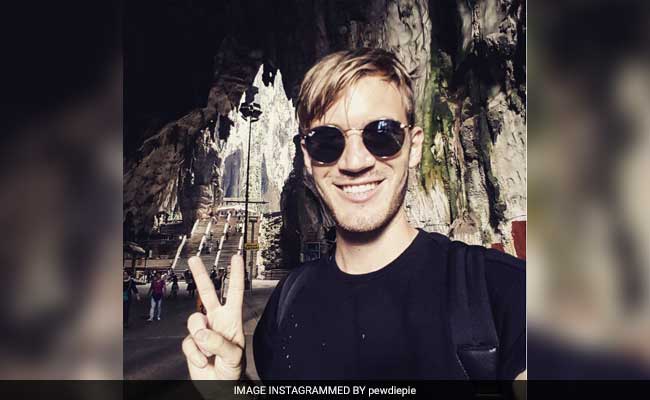 For years, a Swedish YouTube star, Felix Kjellberg – better known as PewDiePie – has dominated the platform, running its most-subscribed channel and drawing tens of millions of devoted fans.

But every empire must end – and PewDiePie’s downfall is coming thanks to the rapid growth of mobile phone usage among India’s 1.3 billion people.

T-Series, a 33-year old Indian music label, has gained subscribers at an astonishing pace for its YouTube channel. Each day it posts several music videos from Bollywood movies and indie-pop artists.

As of Friday morning, the gap between its subscribers and PewDiePie’s subscribers on YouTube had narrowed to under 155,000. Video marketing companies like Tubular Labs say T-Series is “on course to surpass” PewDiePie’s 83,353,773 subscribers within days.

T-Series is already number one on another metric – the most-watched YouTube channel. Its videos have 60 billion – that’s billion, with a “b” – views. To put it in perspective: that figure is more than three times the number of views on Justin Bieber or Katy Perry’s YouTube channel.

Based in Mumbai, T-Series was launched by music pioneer Gulshan Kumar, whose father ran a fruit-juice shop. From creating cheap knockoffs of hit songs on cassettes to tapping into the genre of devotional music, T-Series found ways to best its rivals and stay ahead of the curve. Since Kumar’s death in 1997, the company has been headed by his son, Bhushan.

Bhushan Kumar’s decision to embrace the digital era by putting music online in the early 2000s and his subsequent foray into movie production – tapping directly into India’s obsession with Bollywood – has helped T-Series grow into a $101 million company.

This year, T-Series has about 20 films featuring top stars slated for release. Apart from Bollywood films and music, the company has also invested in independent singers like Guru Randhawa, whose music video Lahore is T-Series’ top draw with 662 million views. Sung in his native language, Punjabi, it features him driving a snazzy sports car singing about a girl whom he compares to Lahore’s beauty and London’s weather. T-Series has also produced a Randhawa collaboration with rapper Pitbull.

But the crucial force behind T-Series’ impending domination of YouTube is the tens of millions of Indians getting online for the first time. In 2000, only 20 million Indians had access to the internet. By 2018, the number had ballooned to 560 million and counting.

Ravi Agrawal, author of the new book India Connected, says the boom is the result of low-cost smartphones combined with cheap data. “While the West went through an evolution – from landline phones, to dial-up connections, to broadband, wireless, and now 4G data on phones, India graduated to smartphones in a very short space of time,” he said.

Last year, India overtook the United States to become the second largest smartphone market after China. The jump can be traced to the actions of a single company: in 2016, Reliance Industries launched its telecom arm which claimed to offer the world’s cheapest mobile data plan – just $0.76 per gigabyte. Also on offer were inexpensive smartphones with voice-enabled apps to play music and videos. Voice technology is especially important in India, where a chunk of the population remains illiterate.

Within a year of its launch, Reliance claimed that data consumption in India had increased by 1 billion gigabytes per month due to their affordable plans sold under its Jio brand. Kumar of T-Series says that the advent of Jio fueled the digital growth of companies like his – and ultimately put it on a collision course with PewDiePie.

Of course, PewDiePie isn’t going quietly. He took the number one spot in YouTube subscribers as far back as 2013 thanks to his comedy acts and video game commentary that were wildly popular among young boys. As the end has neared, his supporters have unleashed an online assault on T-Series to try to maintain PewDiePie in the top position.

Their tactics include placing a million dollar billboard in Times Square, circulating a supportive tweet by a right-wing political party in the United Kindgom and even hacking the Wall Street Journal with a fake post in PewDiePie’s favor. Last month, a PewDiePie supporter claimed to have flown to India to play a “diss” track slamming T-Series outside one of its offices. The track has racist overtones and includes references to defecation and a popular animated series in India.

As the online world watches the drama play out through real-time trackers, Kumar says his company has already benefited from its starring role in the YouTube version of Game of Thrones. “Everybody knows T-Series across the world now,” he says. “If we had become number one on our own, nobody would have known about us.”