​England women’s manager Phil Neville is currently in the unenviable position of watching the rivals of his two former clubs battle it out for a Premier League title – but the former Manchester United and Everton man says it’s current leaders Liverpool who have the edge in the run-in.

Neville’s 19-year senior career saw him make over 300 appearances for both United and the Blues, and now splitting his duties between punditry and management, he told Premier League Today (via the ​Star) that he believes it’s Jurgen Klopp’s side who are better placed to end their 29-year wait for a top flight trophy due to their lack of domestic cup matches. 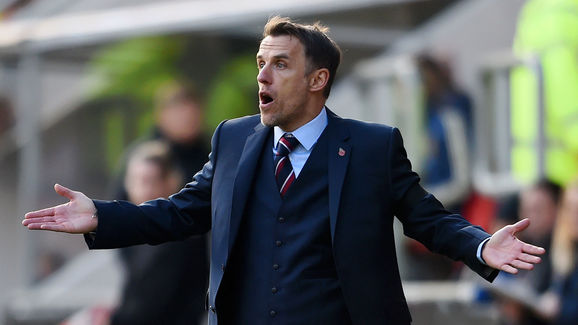 “I’d rather be in ​Liverpool’s position without a shadow of a doubt,” he said.

“I said at the start of the season that Jurgen Klopp would have to sacrifice a competition or two and he’s done that.

“Because the way they play, they have to be fresh and they’ll need to have that energy.

“​City will just pass it around and play the same way they always do, so the extra games won’t affect their philosophy.

“I think for Liverpool having fewer competitions gives them a better opportunity of winning the league.”

He went on to draw from his own experiences as a player, that saw him lift six ​Premier League titles in nine years at ​United.

“I’ve been in both positions in terms of leading and chasing. From the outside, you’d look at their lead and think that’s a good gap to have.

“But Liverpool will be sat at the top thinking ‘this is City; they can go on a run and now they’ve got De Bruyne back too.’ 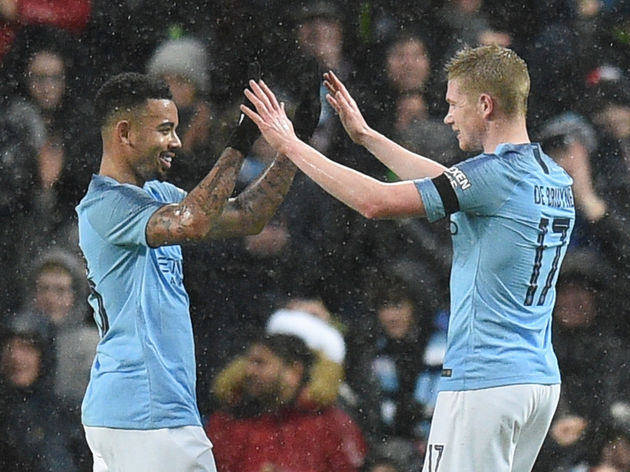 “They’ll be feeling the pressure and I think Pep will go on the mind-game attack and really crank up the pressure now.

“I still think Liverpool will win it though.”