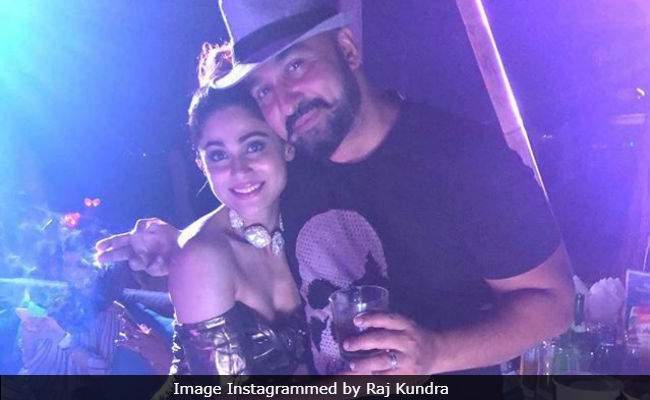 Shamita Shetty surely knows how to party in style and for her special day, the actress decided to celebrate with her family in Phuket, Thailand. We got a glimpse of Shamita Shetty’s lavish birthday party through her sister Shilpa Shetty and her brother-in-law Raj Kundra’s Instagram handle. On her sister’s birthday eve, Shilpa shared a video from the birthday celebrations and accompanied the post with an extensive note. Shilpa wrote: “Now that you are finally 18, you can go and vote but in the meanwhile I vote you the best sister in the world. Happy Birthday Shamita, my crazy, fun and magnificent Tunki, may your spirit be full of fire and you light up all our lives with your brilliance. Wishing all your dreams to manifest because you deserve it and more. Shine on, my Shamster.”

Meanwhile, Shamita’s brother-in-law Raj Kundra also shared inside pictures from Shamita’s 40th birthday celebrations in Phuket. “Wish you nothing but the best Shamita. Thank you for being not just a fab sister but a best friend that’s always tells it how it is! Hope this birthday is the beginning of many wonderful things in your life,” wrote Raj Kundra.

Here are some more pictures:

Shamita Shetty stepped into Bollywood with the 2000 film Mohabbatein. Shamita has also been a part of films like Fareb, Bewafaa, Zeher and Cash among others. Shamita also participated in television reality shows such as Bigg Boss 3 and Jhalak Dikhhla Jaa.