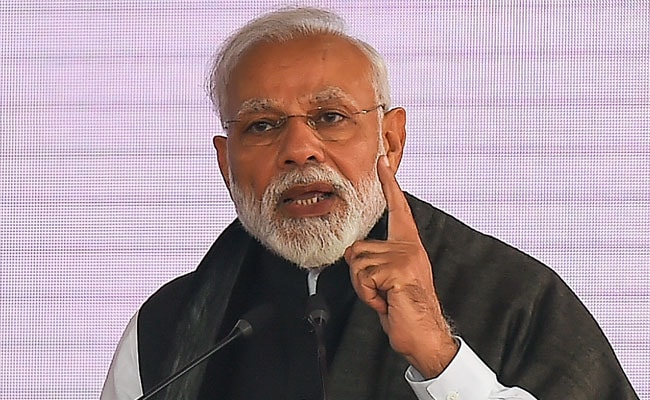 Prime Minister Narendra Modi Sunday inaugurated and laid the foundation stone of projects worth over Rs 33,000 crore in Bihar, including the long-awaited Patna Metro Rail Project.

Laying the foundation stone of the metro project through a remote at a function at Barauni in Begusarai district, Modi said, “I congratulate the people of Patna, because Pataliputra (the ancient name of Patna) is now connected to the metro rail.”

PM Modi said the Rs 13,000 crore metro project is being developed in keeping with the future needs of the people.

The metro projects will give new speed to Patna city, he said. The prime minister inaugurated the first phase of River Front Development at Patna and the Patna City Gas Distribution project.

He said the NDA government was giving a lot of importance to the health sector and the day is a historic one in terms of health services in Bihar.

While Chapra and Purnea will now have medical colleges, the ones in Bhagalpur and Gaya would have upgraded facilities.

PM Modi also said that work is going on for establishing another All India Institute of Medical Sciences (AIIMS) in the state besides the existing one in Patna.

PM Modi laid the foundation stone for the Karmalichak Sewerage Network spanning 96.54 km. Works related to sewage treatment plants at Barh, Sultanganj and Naugachia were also kicked off by the PM.

He also laid the foundation stone for 22 Atal Mission for Rejuvenation and Urban Transformation (AMRUT) projects at various locations of the state.

The prime minister said his government was giving a lot of importance to connectivity.

At the function, he flagged off the Ranchi-Patna AC Weekly Express and inaugurated the electrification of railway lines on the Barauni-Kumedpur, Muzaffarpur-Raxaul, Fatuha-Islampur and Biharsharif-Daniawan sectors.

The prime minister inaugurated and laid the foundation stone of a number of projects in the oil and gas sector and said they will significantly augment the availability of energy in Patna city and the region.

The projects will also boost fertilizer production, and significantly enhance medical and sanitation facilities in Bihar.

PM Modi inaugurated the Phulpur-Patna stretch of the Jagdishpur-Varanasi Natural Gas pipeline and laid  the foundation stone for extending the Paradip-Haldia-Durgapur LPG pipeline from Durgapur to Muzaffarpur and Patna.