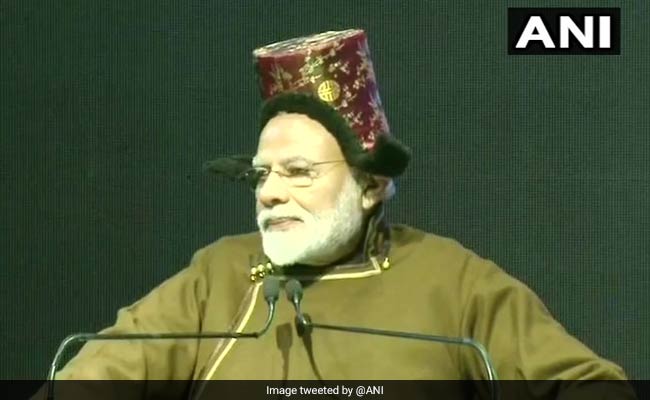 Prime Minister Narendra Modi is in Jammu and Kashmir today to inaugurate several developmental projects in a major push for education and healthcare in the state. PM Modi will be visiting Jammu, Srinagar and Leh today. He will also make a stop at the Dal Lake.

In one of his previous visits to Jammu and Kashmir, PM Modi had said he has a vision of the state where there will be “books instead of guns in the hands of the young boys and girls”. PM Modi launched the University of Ladakh, the first ever in the region. “It will be a cluster University comprising of degree colleges of Leh, Kargil, Nubra, Zanskar, Drass and Khaltsi. The university will have administrative offices at Leh and Kargil,” the prime minister’s office said in a statement.

Here are the live updates of PM Modi’s visit to Jammu and Kashmir:

13:08 (IST)
Apart from laying the foundation for two AIIMS institutes in Jammu and Srinagar, PM Modi also inaugurated the University of Ladakh. The two AIIMS institutes will be built in Vijaypur (Jammu) and Awantipora (Srinagar), a statement from the PM’s Office said. Setting up of the two new AIIMS would transform health care facilities, as well as health education and training in state, it said.
13:08 (IST)
PM Narendra Modi first visited Leh today, where he interacted with locals and dedicated key education and power projects to residents of the region. He is currently in Jammu, from where he will head to Srinagar. The prime minister will also make a stop at the famous Dal lake.
12:23 (IST)
PM Narendra Modi interacts with locals in Leh during his visit to J&K today 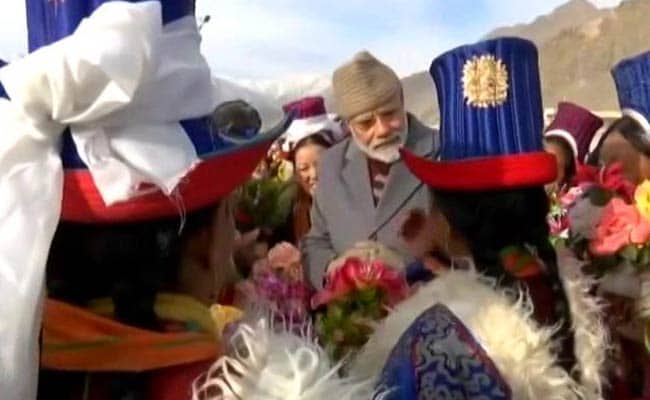 12:20 (IST)
Confident Of Returning To Power, PM Modi Says Will Inaugurate Projects For Which He Lays The Foundation On This Visit

12:16 (IST)
“I am happy that changes have been made to Ladakh Autonomous Hill Development Council (LAHDC) Act, and the council has been given more rights concerning the expenditures. Now the Autonomous Council releases the money sent for the region’s development,” PM Modi said in Leh
12:15 (IST)