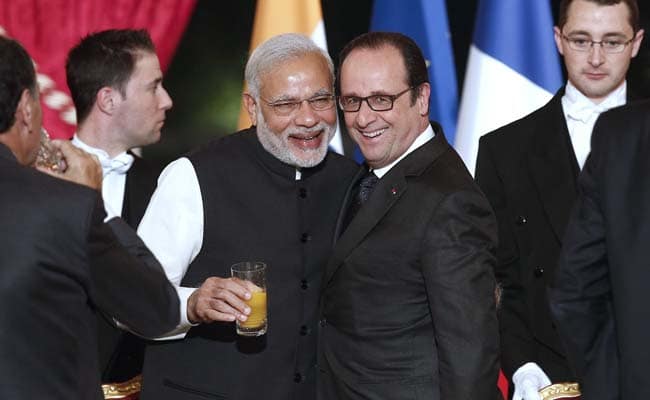 Since the controversy over the Rafale deal erupted, most of the government’s firefighting has hinged on two key claims: the new deal signed with France by Prime Minister Narendra Modi’s government was better than the Congress-era one and that it would get India the fighter jets faster. A report in The Hindu newspaper on Wednesday said at least three senior Defence Ministry officials among the seven-member Indian Negotiating Team strongly contested that view.

This is the latest in a series of stories published by the newspaper, arming the opposition, led by Rahul Gandhi and the Congress, with new attacks against the government. On Monday, The Hindu reported how critical conditions for anti-corruption penalties and an escrow account for payments were dropped days before the Rafale deal was signed. Before that, it had reported on defence ministry objections to “parallel negotiations” conducted by the Prime Minister’s Office.

The latest report cites the dissent note signed off by three domain experts on the Indian team – MP Singh, Adviser (Cost), a Joint Secretary-level officer from the Indian Cost Accounts Service; AR Sule, Financial Manager (Air); and Rajeev Verma, Joint Secretary and Acquisitions Manager (Air). The eight-page note was written more than a month after the team’s negotiations with the French side were completed and three months before the inter-governmental agreement was signed, on September 23, 2016.

“Commenting on the final Euro 7.87 billion cost of the new Rafale deal, the domain experts stated that ‘the reasonability of price offered by the French Government is not established. Even the final price offered by the French Government cannot be considered as ‘better terms’ compared to the MMRCA [medium multi-role combat aircraft] offer and therefore not meeting the requirement of the Joint Statement’,” the report said.

“They also concluded that the delivery schedule of even the first 18 of the 36 flyaway Rafale aircraft in the new deal was slower than the one offered for the 18 flyaway aircraft in the original procurement process,” The Hindu added.

Congress chief Rahul Gandhi was quick to highlight the new report, saying that it had “demolished” the government’s arguments, conveyed both to parliament and the Supreme Court.

The PM defended his personal RAFALE bypass deal on 2 counts :

Both have been demolished by the revelations in the Hindu today.

Watch my LIVE Press Conference on the #RafaleScam at 3.30 PM today. https://t.co/IzyCaHeyIM

The Congress leader has doggedly accused the government of signing an overpriced deal for 36 Rafale fighter jets at an inflated price to benefit Anil Ambani, whose rookie defence firm was recommended as an offset partner for Dassault, the company manufacturing the aircraft. Anil Ambani, Dassault and the government have denied the allegations.