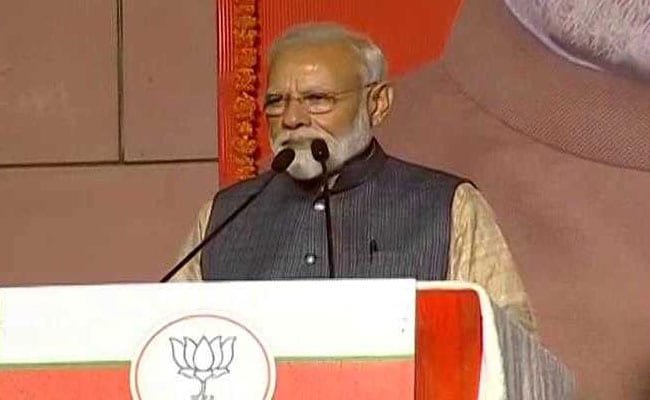 Prime Minister Narendra Modi was greeted by BJP leaders including party president Amit Shah at the party headquarters in Delhi as he arrived after trends showed the BJP winning a massive majority in the Lok Sabha elections. BJP supporters crowded around the headquarters amid rain and cheered for PM Modi as he walked towards them and inside the building. The BJP is moving to grab a win bigger than in 2014 with a 300-plus figure. With this, it has become the single-largest party. The BJP has kept its main states – the Hindi heartland, Gujarat and Maharashtra – while posting fresh victories in Bengal, Odisha and the northeast.

Here are the highlights of Prime Minister Narendra Modi’s victory briefing on the day of Lok Sabha election results:

Election Results for Lok Sabha Election 2019 will be out on May 23. Get the latest election news and live updates on ndtv.com/elections. Catch all the action on NDTV Live. Like us on Facebook or follow us on Twitter and Instagram for news updates from each of the 543 parliamentary seats for the election 2019