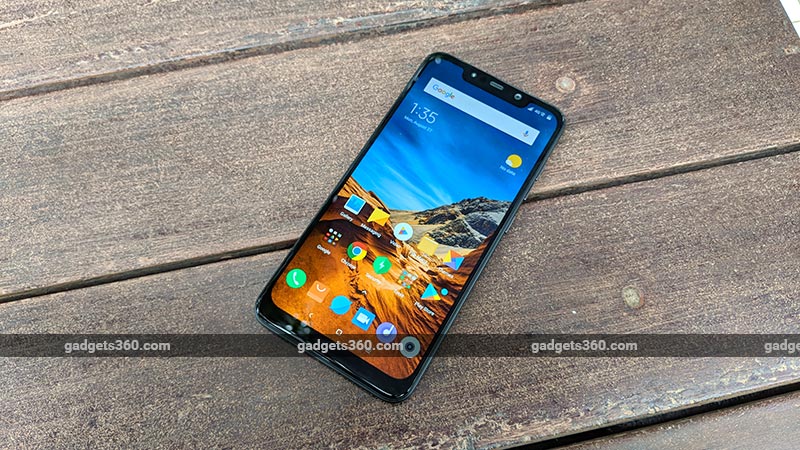 Poco F1 is set to receive an update to enable 4K video recording support at a frame rate of 60fps, Poco India General Manager C Manmohan announced in a tweet. The executive highlighted that the new update will reach the Poco F1 sometime in February. The smartphone doesn’t support 60fps video recording at 4K resolution out-of-the-box, though the available Snapdragon 845 SoC is capable of enabling the high-end experience. There is, instead, 30fps frame rate as the maximum for recording 4K videos.

Manmohan highlighted in the tweet that the 60fps support for 4K videos will be rolled out through a stable update in February. He also reiterated that Xiaomi is working with partners to provide Widevine L1 certification. This will enable the Poco F1 to start supporting HD video streaming from services such as Amazon Prime Video and Netflix.

Since its launch back in August last year, the Poco F1 has only been supporting the Widevine L3 standard that enables SD video streaming support. This restricts the handset from playing HD (720p and above) video content from streaming services such as Amazon Prime Video and Netflix. The company in last October also hinted at the arrival of Widevine L1 support for the Poco F1, though customers are yet to receive a relevant update.

It is unclear whether Xiaomi will provide the Widevine L1 update to Poco F1 users through its service centres or via a new software package.

Meanwhile, Manmohan in a separate tweet confirmed that the Poco F1 is getting a slo-mo mode with 960fps frame rate and a Night mode through an update in the coming two weeks. The upcoming update is also set to optimise the reported battery drain problem and touch-related issues.

Manmohan also said in a response to one of the users that Xiaomi is also working on fixing the display notch issue that reportedly emerges when playing PUBG Mobile. The company is also solving the notifications issue that affects notification alerts available on the status bar.

The dual-SIM Xiaomi Poco F1 came with Android 8.1 Oreo, though it recently received an update to Android Pie. The smartphone features a 6.18-inch full-HD+ (1080×2246 pixels) display along with a 2.5D curved Gorilla Glass 3 protection. Under the hood, there is a Qualcomm Snapdragon 845 SoC, paired with 6GB and 8GB RAM options.

Xiaomi has provided a dual rear camera setup on the Poco F1 along with a 12-megapixel Sony IMX363 primary sensor along with 1.4-micron pixel size and dual-pixel autofocus and a 5-megapixel secondary sensor. At the front, there is a 20-megapixel camera along with HDR and AI Beautify features. The smartphone also has an IR light that works with a pre-installed Face Unlock feature.

The Poco F1 comes in 64GB, 128GB, and 256GB of onboard storage options that all are expandable via microSD card (up to 256GB) in a hybrid SIM slot configuration. On the connectivity front, the smartphone has 4G+, VoLTE, Wi-Fi 802.11ac, Bluetooth v5.0, USB Type-C, 3.5mm headphone jack. Sensors on board the handset are an accelerometer, ambient light sensor, digital compass, gyroscope, and proximity sensor. Besides, there is a 4,000mAh battery that supports 18W charging and Quick Charge 3.

Xiaomi Poco F1 looks great value for the price, but is there a catch? We discussed this on Orbital, our weekly technology podcast, which you can subscribe to via Apple Podcasts or RSS, download the episode, or just hit the play button below.