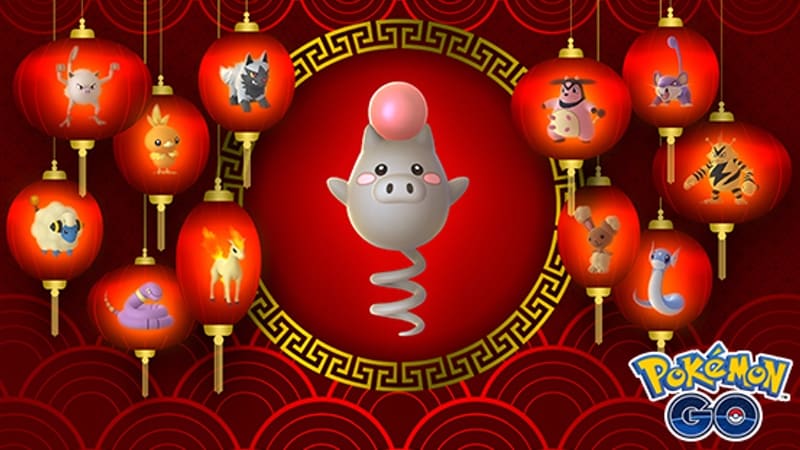 The Chinese New Year has begun both in real life and in Pokemon Go — the augmented reality game developed Niantic, which is backed by Google, Nintendo, and The Pokemon Company. Certain types of Pokemon will now spawn more often in Pokemon Go. We’re entering the Year of the Pig according to the Chinese calendar and that has its effect in Pokemon Go as well. The Lunar New Year event in Pokemon Go means that you will be able to catch 12 Pokemon in the wild. One of these is Spoink, the Pokemon that looks like a pig, and the developers say that there’s a greater chance of encountering a Shiny Spoink in the wild too.

Shiny Pokemon are just like normal Pokemon, except that they have a different colour. Catching these is difficult because Shiny Pokemon are incredibly rare. During the Lunar New Year event in Pokemon Go you can catch more of the following Pokemon: Spoink, Rattata Miltank, Electabuzz, Buneary, Dratini, Ponyta, Mareep, Mankey, Poochyena, Ekans, and Torchic.

Eagle-eyed Pokemon Go players would’ve spotted that these Pokemon correspond to the 12 animals in the Chinese Zodiac. Since we’re entering the Year of the Pig according to the Chinese calendar, Spoink is the Pokemon that’s in the spotlight during the Lunar New Year Event in Pokemon Go.

Can Mukesh Ambani Take on Amazon, Walmart in E-Commerce?

On Batman’s 80th Anniversary, a Look Back at His Popularity —...