One of the main stars of United’s stunning turnaround under Solskjaer, England international Marcus Rashford spearheaded the Red Devils’ attack in prolific fashion. 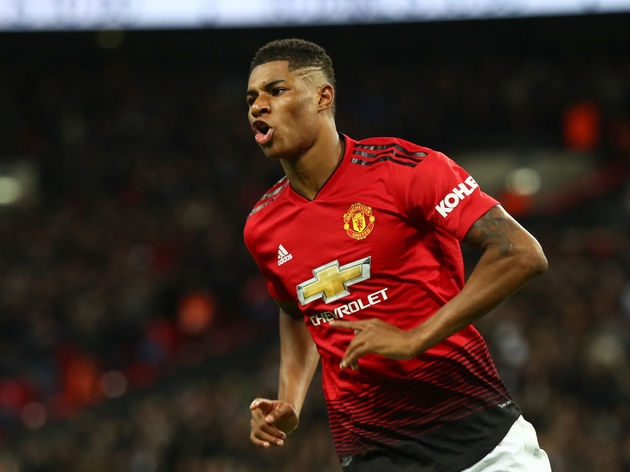 His winner away at Tottenham showed both the speed and calmness in front of goal the 21-year-old possesses, and his total of three goals in four games was the joint highest in January.

Teammate Victor Lindelöf also made the cut after enjoying arguably his finest period of form in a ​Manchester United shirt since his arrival from Benfica.

The Swedish centre-back’s displays helped United to claim two clean sheets in their four games in January, and scored his first goal for the club against Burnley; a crucial last-minute equaliser that preserved Solskjaer’s unbeaten start as manager.

Away from Old Trafford, ​Alexandre Lacazette’s goals for Arsenal saw him rewarded with a nomination for the January award. The France international struck three times in January, with his touch and finish against Chelsea the highlight of an inspired team performance from the Gunners.

Similarly, J​osh King’s return to goalscoring form for Bournemouth has also seen his name pop up on the shortlist. After a brace and an assist in the Cherries’ 4-0 destruction of Chelsea, the Norwegian found the back of the net three times in his last two games in January.

The only goalkeeper to make the cut, Burnley’s ​Tom Heaton was in inspired form in between the sticks for Sean Dyche’s men. The English shot-stopper made the fifth joint-highest number of saves with 13, and registered an impressive seven stops against Manchester United at Old Trafford to earn a hard-fought point.

Finally, ​Southampton’s James Ward-Prowse rounds off the nominees for the ​Premier League Player of the Month award for January, after his fine performances under new boss Ralph Hasenhuttl.

A key part of the side that claimed well-deserved draws against Chelsea and Crystal Palace, Ward-Prowse laid down a marker with crucial goals in the Saints’ 2-1 wins over Leicester and Everton respectively.

As always, fans have the opportunity to make the decision on who should win the award, and can do so by visiting the ​EA Sports website.

Joe Willock: 5 Things to Know About the Arsenal Rising Star...

Irrfan is back on set for Angrezi Medium, Dinesh Vijan gives...