Both Insigne and Allan have been crucial players for the Partenopei over the last few seasons and have played an accumulated 49 times for the club across competitions this campaign. The Italian has been a vital source of goals, with ten scores and six assists notched so far. 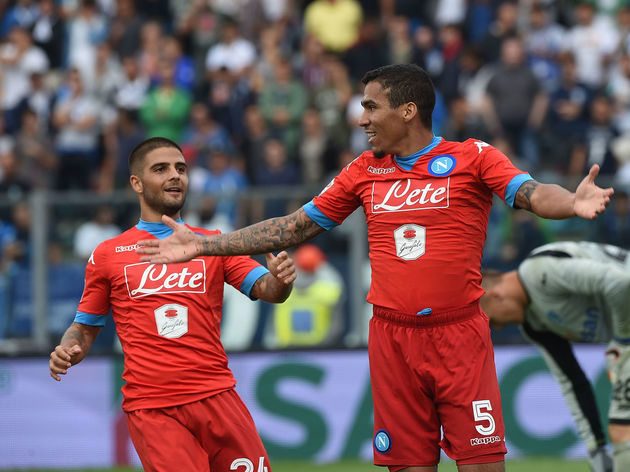 According to French publication ​Paris United, the discussions occurred at a hotel in Paris on Monday night and were chiefly orientated around a potential swoop for both the midfielder and forward.

Allan is seen as a potential replacement for the departing Adrien Rabiot and is a realistic January target.

Insigne, on the other hand, and despite the eagerness of both his agent and wife to push through the move, is a more long term goal, with the required fee and negotiations considered too extensive for the January window.

Thus, the 27-year-old is seen as more of a target for this summer, with the talks serving as an enquiry before the real heat is turned on later this year.

Insigne graduated from ​Napoli‘s academy in 2010 and after successive loan spells at Cavese, Foggia and Pescara, earned his stripes in the sky blue shirt in the 2012/13 season. He has gone on to make 228 appearances, with 73 goals and 69 assists.

Carlo Ancelotti’s side are fresh from a crucial 2-1 victory over Lazio at the Stadio San Paolo, which maintained their nine point game behind ​Serie A leaders Juventus in second, as well as the seven point buffer between third placed Inter.

Reese Witherspoon is proud of wrinkles, says she's earned them