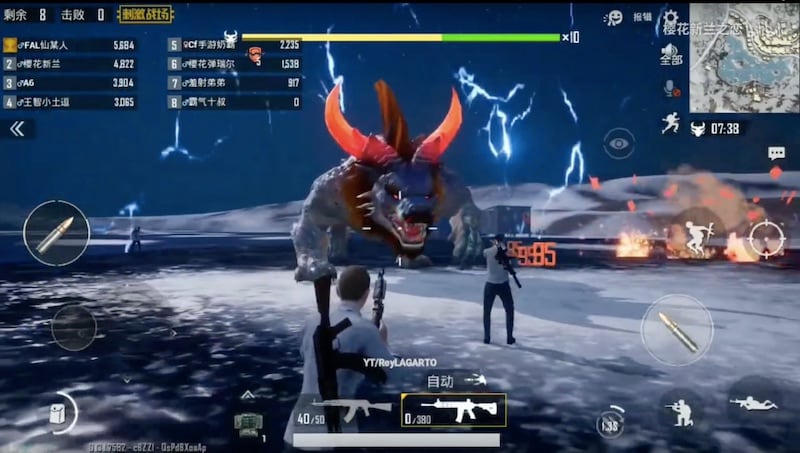 PUBG Mobile may be getting monsters in Arcade Mode. According to the PUBG Mobile 0.13.0 update that’s in beta and being tested out by Chinese users, PUBG Mobile would get Chinese New Year themed locations, a night mode for the Vikendi snow map, and co-operative gameplay that has players taking on monsters in PUBG Mobile Arcade Mode. New weapons, death cam replay (to show players how they died), and new animations are also present. It’s unclear if PUBG Mobile creator Tencent would bring these features, particularly monsters to international markets, as it seems to be exclusive to China. Throw in the previously teased Resident Evil 2 collaboration and it appears that the content calendar for PUBG Mobile is very different for Western and Chinese audiences right now.

News of monsters coming to PUBG Mobile was discovered by YouTuber Rey Lagarto (via Touch Arcade) who claims that it will be exclusive to China.

“Keep in mind this two modes were added because of the Chinese New Year celebration and will be only on the Chinese 0.13 version like arcade modes,” the video’s description reads.

According to an announcement from the PUBG Mobile community team, engineers and developers have been put into what’s being described as a Lag Task Force Team that will go through the submitted data before putting out a fix.

As Uber Gears Up for IPO, Many Indian Drivers Talk of...