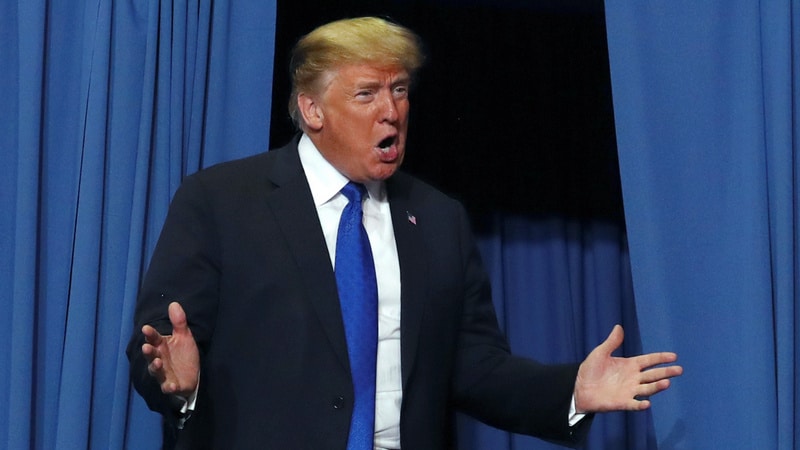 An elected official in Virginia violated the First Amendment when she temporarily blocked a constituent on Facebook, a federal appeals court ruled Monday, in a novel case with implications for how government officials nationwide interact with constituents on social media.

The unanimous ruling from the US Court of Appeals for the 4th Circuit is the first from an appeals court to answer the question of whether free speech protections prevent public officials from barring critics from their social media feeds.

The 42-page opinion addresses the Facebook page of Phyllis J. Randall, chair of the Loudoun County Board of Supervisors, but President Trump is facing a similar lawsuit for silencing critics on his active @realDonaldTrump Twitter account, which has millions of followers.

Both officials, in separate court filings, contend their accounts on privately owned digital platforms are personal and that they can restrict who gets a chance to speak there without crossing constitutional lines.

“Randall clothed the Chair’s Facebook Page in ‘the power and prestige of h[er] state office’ and created and administered the page to ‘perform actual or apparent duties of her office,’ ” according to the opinion written by Judge James A. Wynn Jr. and joined by Judge Pamela Harris.

“That Randall’s ban of Davison amounted to an effort ‘to suppress speech critical of [such members’] conduct of [their] official duties or fitness for public office’ further reinforces that the ban was taken under colour of state law.”

The third judge on the panel, Judge Barbara Milano Keenan, wrote a separate opinion in which she agreed with the ruling, but she urged the court to “exercise great caution” in such new areas of law and “await further guidance form the Supreme Court on the First Amendment’s reach into social media.”

Randall said Monday that she would not seek further court review.

Davison, the community activist who filed the lawsuit, said he hoped the ruling would give others “leverage to protect their speech” and send a message to elected officials who continue to block constituents online.

The separate case against Trump is in its early stages at the federal appeals court in New York, where he is represented by the Justice Department. That court is not bound by the 4th Circuit decision, but it will certainly take notice.

Joshua A. Geltzer, executive director at the Georgetown law school’s Institute for Constitutional Advocacy and Protection, said the 4th Circuit ruling is significant because the digital social media space is now the equivalent of a physical public meeting, where most political dialogue occurs.

“In the case of the Loudoun official and the president, both have gone out of their way to use their social media presence in an official capacity and to encourage public participation,” Geltzer said.

“A platform has been created in which the government can’t allow the voices it likes and silence the ones it doesn’t like,” he said.

The Supreme Court has yet to directly take on the issue, but it has acknowledged in other cases the increasing importance of social media in public debate.

Government officials throughout the country have struggled with similar questions. Maryland Gov. Larry Hogan, a Republican, reached a settlement with the American Civil Liberties Union after he blocked hundreds of people from his Facebook page.

In Virginia, Davison went to court after Randall blocked his comments critical of alleged undisclosed conflicts of interests involving Loudoun County School Board members and their relatives. The comments were posted on the Facebook page Randall created after her election to the board.”

Randall’s decision to ban Davison because of his allegation of governmental corruption constitutes black-letter viewpoint discrimination,” according to the ruling. “Put simply, Randall unconstitutionally sought to ‘suppress’ Davison’s opinion that there was corruption on the School Board.”

The judges noted that Randall had invited residents to share their views on her page and listed her official county email address and phone number on the site. The ruling also emphasized the interactive comment section of the page, which it said is essentially a public forum in which government officials cannot censor speech.

The decision confirms that the Constitution “prohibits government censorship on new communications platforms,” said Katie Fallow, an attorney at the Knight First Amendment Institute at Columbia University, who argued the case. “Public officials, who increasingly use social media accounts as public forums to foster speech and debate among their constituents, have no greater license to suppress dissent online than they do offline.”