Roberto Firmino has been called out by former Republic of Ireland international Tony Cascarino for his underwhelming performance in Liverpool’s 1-1 draw with West Ham United on Monday evening.

The Brazilian had very little impact on the game and will surely have to improve if Liverpool are going to see their title challenge through until May. Former Premier League striker Tony Cascarino has said that Jurgen Klopp will lose sleep over his forward’s performance on Monday night, but admitted he wasn’t the only flop on the night.

​“Klopp will have been kept awake by Roberto Firmino’s performance,” Cascarino said, writing for the ​Times.

“I cannot remember seeing him play so badly in a ​Liverpool shirt. The Brazil forward’s game is about intelligence, movement and decision-making, and technically he is very skilful, but it fell apart here. He was not at the races.

“Others had off days, too – Joël Matip was complacent and reckless at centre half — and the concern is that this is not the time of year to fall out of form. ​Firmino’s decline was dramatic; he could not pass the ball five yards. 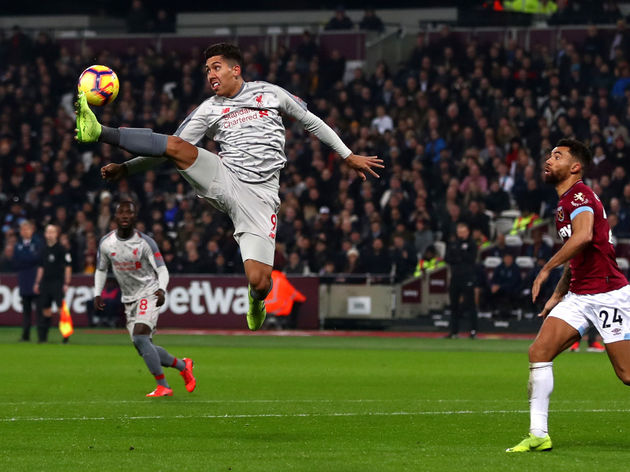 “Is he ready for the final charge? What makes it worse is that Liverpool do not have the greatest depth in that position and they do not have a supersub that they can throw on to win the game.”

​Liverpool’s squad depth was brought into question by former Red Jamie Carragher after Monday night’s performance, and they could finally be starting to feel the pressures that come from leading the pack in the ​Premier League.

6 of the Best Moments From This Weekend's FA Cup Fourth...

If Liverpool win It Would be a Championship of Will, Says...