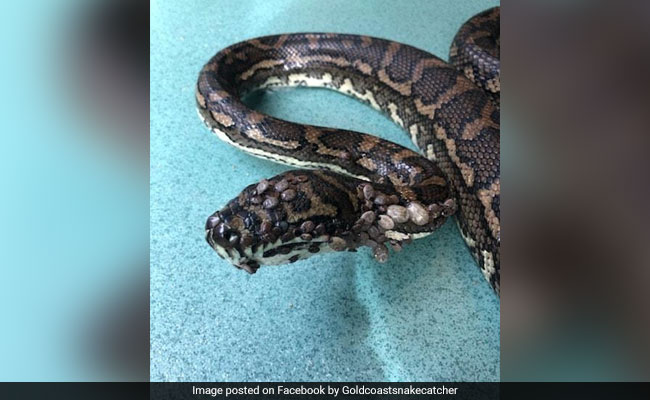 A python was rescued by snake catchers in Australia which was found covered in over 500 ticks. A professional handler removed the snake and took it for treatment at a wildlife clinic, the report said.

A video posted online showed the reptile, which was believed to be ill, coated in the parasites in a backyard swimming pool on the Gold Coast in Queensland, the BBC reported on Friday.

Vets removed more than 500 ticks, snake catcher Tony Harris told the BBC, and it was expected to recover.

Mr Harris said he believed the snake had been trying to drown the ticks in the pool.

The presence of such a large amount of ticks indicated that the snake was likely to have an underlying illness, possibly due to heat stress or drought conditions, the report said.