The versatile full back has been promoted to Liverpool’s first team set up this season and made his debut in the Reds’ FA Cup third round defeat to Wolves.

It was reported that his senior debut would also be his last for the club, ​with Sporting CP set to take the starlet back to his native Portugal on a loan deal with option to buy. 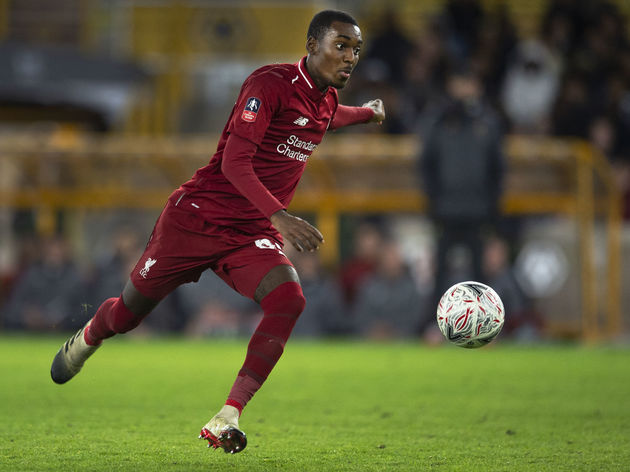 However, ​Record now report that Jurgen Klopp has stepped in to stop the move from happening, after being impressed by Camacho’s display in the FA Cup.

The teenager played the entire game at right back, a position at which ​Liverpool require additional cover, given Nathaniel Clyne’s loan move to Bournemouth and Joe Gomez’s injury.

With Gomez unlikely to return before the end of the month at least, Klopp is keen not to lose more squad options as Liverpool face a key period which will test their mettle in the Premier League title race. In addition to his outing against Wolves, Camacho – who joined Liverpool from Manchester City’s academy – made the bench for Liverpool’s win over Manchester United last month.

While Gomez is joined in the Liverpool treatment room by defenders Dejan Lovren and Joel Matip, Klopp has been adamant that he does not need new recruits in January.

​Speaking to talkSPORT, he rejected any notion that he will dip into the market for a new defender to compensate for temporary squad thinness.

He said: “The only country that asks a question like this is England. Everything is sorted with buying players.

Jurgen Klopp prepared to let Nathaniel Clyne go out on loan because he is expecting Joe Gomez to be back in training in next fortnight, and also has Fabinho, James Milner, and – intriguingly – 16 year old Ki-Jana Hoever as cover. Deal to end of season. #LFC

“We have four centre-halves. Three, maybe, two-and-a-half are injured so we’ll have to try and come through in the moment.

“We need them back but you cannot buy a fifth centre half and say ‘so you play two weeks and after that the others come in.’”

Camacho could feature again for Liverpool this weekend as Klopp’s side travel south to face Brighton on Saturday 12 January.

Naby Keita Likely to Miss the Remainder of Liverpool’s Season After...