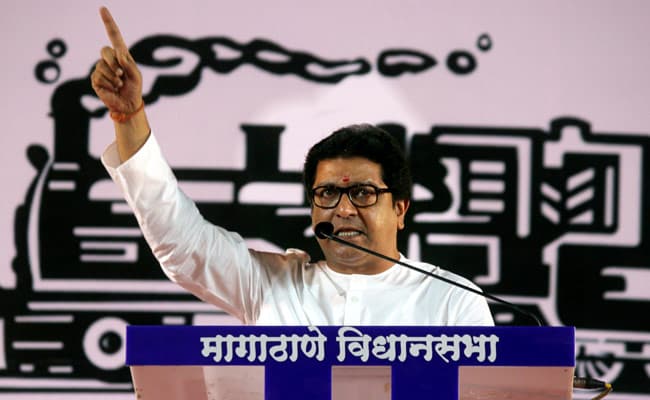 His moves mark a significant change after he went all guns blazing against the BJP before the national election last year.

Sources say Raj Thackeray reviewed his options after his party won only one seat in the October state polls; it had contested more than 100. In the previous election in 2014, it had won 13 seats. Over the past five years, the MNS has seen its political space shrinking rapidly from election to election.

Raj Thackeray, say sources, is looking to fill the pro-Hindu ideological space he believes has been ceded by the Shiv Sena after its separation from the BJP.

A former supporter of PM Modi, Raj Thackeray, 51, distanced himself after the BJP came to power in 2014.

But last year, his campaign against PM Modi and the BJP drew large crowds during the Lok Sabha polls. With video presentations and savage one-liners, the MNS chief caught much attention.

Three months after the election, which delivered a second straight term for the BJP, the MNS chief was questioned by the Enforcement Directorate in connection with a money-laundering case.

The BJP and the Shiv Sena, partners for over three decades, fell out after the Maharashtra election in October, because of differences over power-sharing.

The Shiv Sena then turned to ideological rivals Nationalist Congress Party (NCP) of Sharad Pawar and the Congress and sealed an alliance that enabled Uddhav Thackeray’s debut in a top political post. To come to power with the support of the NCP and the Congress, the Shiv Sena had to significantly tone down its Hindutva rhetoric and accept a common minimum agenda that referred to the word “secularism”.

Uddhav Thackeray invited Raj Thackeray to his oath ceremony on November 28, which was read as the sign of a thaw in the Sena’s first family. Raj Thackeray quit the Shiv Sena and founded his own party in 2006 amid a widening rift with his cousin Uddhav.