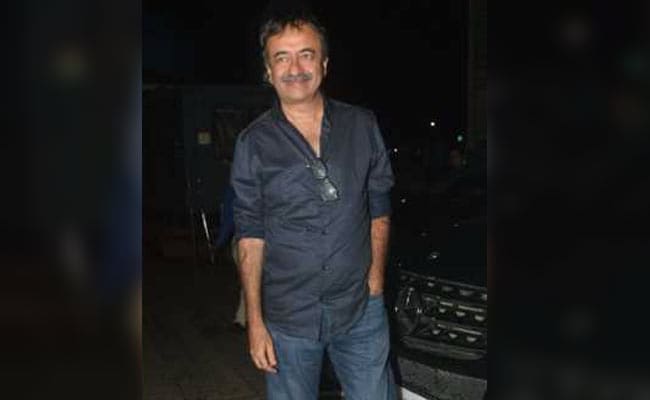 Director Rajkumar Hirani has been accused of sexual assault by a co-worker at his production house who has alleged that the acclaimed filmmaker abused her over a period of six months, between March and September 2018, while filming his last movie Sanju, HuffPost reported on Sunday. The allegations have been categorically denied by the filmmaker in a statement issued by his lawyer.

According to the report, the woman wrote an email to Sanju producer Vidhu Vinod Chopra, his wife and film critic, Anupama Chopra and Abhijat Joshi )screenwriter of Sanju alleging that Rajkumar Hirani had assaulted her during the post-production of the film, which released last year. “I remember forming these words on my lips – “Sir. This is wrong… Because of this power structure. You being the absolute power and me being a mere assistant, a nobody – I will never be able to express myself to you. My mind, body and heart were grossly violated that night and for the next 6 months,” the email read.

In an interview to HuffPost, the woman said that she had “no other choice but to be polite to him” because her job was at stake. “I had no choice but to be polite to him. I was worried that if I left midway, it would be impossible to find another job in this industry if he were to speak badly about my work,” the woman said. “Because if Hirani said I wasn’t good, everybody would listen. My future would be in jeopardy,” she added.

Denying the allegations in a statement, Rajkumar Hirani said that he was “shocked” when the allegations were brought to his notice about two months ago and without any delay he wanted to take the matter to a committe or a legal body. “I was completely shocked when these allegations were brought to my notice about two months back. I had suggested immediately that it is essential to take this matter to any committee or any legal body. The complainant has chosen to go to the media instead. I want to very strongly state that this is a false malicious and mischievous story being spread with the sole intention of destroying my reputation,” the filmmaker said in a statement.

Rajkumar Hirani, who has refused to comment on the allegations, however, shared printouts of the text messages shared between him and the complainant over the period of six months. “These communications establish that the allegations made against our client to you, that have given rise to your queries, are false and completely unjustified,” Anand Desai added in response to the allegations against the filmmaker.

After the allegations against Rajkumar Hirani came to fore, his name has been dropped from the posters of Ek Ladki Ko Dekha Toh Aisa Laga,HuffPost reported. Rajkummar Hirani was the co-producer of the film, starring Sonam Kapoor, Anil Kapoor, Rajkummar Rao and Juhi Chawla.

The film industry saw its long overdue #MeToo moment after Tanushree Dutta revived her decade-old charge of sexual harassment against Nana Patekar last year. On Twitter, several prominent men from the media and other fields have also been outed as alleged predators.