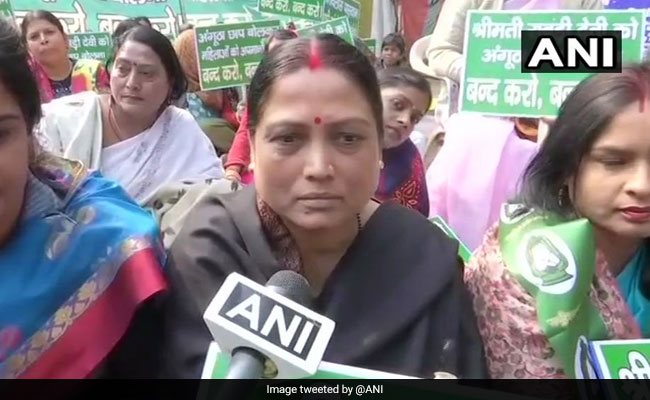 Asha Paswan along with dozens of women carrying posters and banners staged the ‘dharna’ in front of the Lok Janshakti Party office near the Patna airport.

She wants Ram Vilas Paswan to apologize to Rabri Devi. “My father should take back his words,” she said.

In an obvious reference to Rabri Devi, Ram Vilas Paswan had said on Friday that RJD believe in merely raising slogans and making ‘angootha chhap’ (illiterate) the Chief Minister.