A scrappy opening 20 minutes resulted in few meaningful opportunities, with both sides’ defences breaking down any potential breakthroughs at the Campo de Futbol de Vallecas. 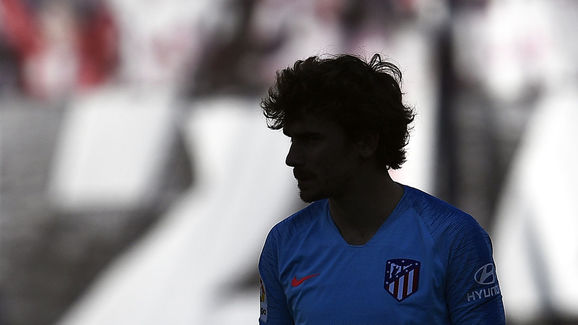 However, Rayo Vallecano were the brighter side throughout the opening 45 minutes, with Adrian Embarba and Raul de Tomas impressing on numerous occasions and drawing a number of important saves from Oblak. Their game plan of sitting deep and hitting Atletico on the counter was proving fruitful, as Simeone’s side had the Slovenian to thank for keeping the scores level going into the break.

The second period saw De Tomas draw further crucial saves from Oblak before the visitors landed the killer blow in controversial circumstances through Griezmann. ​Alvaro Morata was clearly offside when Filipe Luis crossed for him, yet he kept the ball alive and fed the Frenchman to deflect an effort in past Dimitrievski.

Having lost out to neighbourhood rivals ​Real Madrid last time out, Simeone would have been desperate for his side to respond immediately in La Liga and build momentum heading into their Champions League last 16 encounter with ​Juventus on Wednesday.

Los Colchoneros had the opportunity to react accordingly in another Madrid derby, this time against relegation threatened Rayo Vallencano, but were hugely disappointing in an uninspired first 45 minutes for Simeone’s side.

Without the suspended Thomas Partey in central midfield, the visitors failed to amass any control on the game, finding themselves losing possession on multiple occasions that resulted in dangerous counter attacks from the hosts. Whatever was said at half time was unable to spark a response from Simeone’s outfit, as Los Vallecanos continued the threaten via Embarba and De Tomas.

Griezmann’s goal shortly before full time will only paper over the cracks of what was a worse than below-par performance, as they were repeatedly relying on Oblak to keep them in the game. Furthermore, the controversial fashion in which they sealed the points won’t have bothered Simeone, they will need more than luck to avoid a heavy defeat against Juventus on Wednesday.

Atletico Madrid are a very poor team this year. Juventus will win in both ties

Atletico Madrid are a very poor team this year. Juventus will win in both ties

While Atletico under performed hugely on the day, they somehow managed to make the short journey home with three points, in main due to the performance of their 26-year-old shot stopper.

Oblak was involved in battle with De Tomas throughout the 90 minutes, producing a series of important stops to avert the La Liga stugglers earning valuable points in their search for safety.

Jan Oblak has now made 140 appearances in La Liga for Atletico Madrid.

In that time he has only conceded 84 goals and kept 80 clean sheets.

I don’t know how Atletico Madrid will do against Juventus.

Oblak was involved in battle with De Tomas throughout the 90 minutes, producing a series of important stops to avert the La Liga stugglers earning valuable points in their search for safety.

The Slovenian is rightly regarded as one of Europe’s finest ‘keepers, and at such a young age has plenty of years left in the game to improve even further. If Simeone’s side perform as poorly as they did on Saturday against Juventus, then they will need Oblak to, not only repeat, his showing today, but arguably do more to offer them a glimmer of hope.

Atletico begin their quest towards Champions League glory on Wednesday as they host Juventus at the Wanda Metropolitano in the first leg of their last 16 encounter. Four days later they are back in La Liga action as they take on Villarreal on home soil.

Rayo Vallecano face a tough trip to the capital in their next league match, taking on Getafe at the Coliseum Alfonso Perez, before hosting struggling side Girona at home.

Selecting the Finest Potential Newcastle Lineup to Face Cardiff within the...

Arsenal vs Brighton Preview: Where to Watch, Live Stream, Kick Off...