Real Madrid ran out comfortable 3-0 winners against Leganes in the first leg of their Copa del Rey last 16 clash.

Los Blancos were poor during the first half but managed to take the lead on the stroke of half-time following a Sergio Ramos penalty, easing the tension around the Bernabeu.

The second period was much better from Santiago Solari’s side and they were rewarded with goals from Lucas Vazquez and Vinicius Junior to hand Madrid a comfortable advantage at the half-way point in the tie. Madrid dominated the opening 15 minutes and were presented with a golden opportunity to take the lead after Lucas Vazquez’s through ball found ​​Karim Benzema​ one-on-one with Ivan Cuellar, but the Frenchman could only fire his effort over the bar.

Despite Madrid’s early dominance, the away side grew into the game and ex-Middlesbrough forward Martin Braithwaite had two excellent chances to give Los Pepineros an unlikely lead, but the recalled Keylor Navas wasn’t to be beaten.

On the stroke of half-time Madrid right-back Alvaro Odriozola – who was excellent for Solari’s side – got in behind the Leganes back line and won a soft penalty after contact from Gerard Gambau, allowing ​Ramos to step-up and cooly slot the ball home to give Madrid a slightly fortuitous lead heading into the break. Madrid doubled their advantage after 68 minutes following a shocking back pass that was intercepted by Benzema, with the ball being worked to Vazquez, who tapped into an empty net from eight yards.

It was 3-0 soon after when Odriozola got in-behind down the right once more, crossing to the far post where Vinicius was waiting, the young Brazilian set himself before firing a stunning volley into the top corner to  hand Madrid a three goal advantage heading into the second-leg.

After Madrid’s 2-0 home loss to Real Sociedad Sunday, their season had reached a new low – a sixth loss of the season and just 53,000 in attendance. Boos rung around the Bernabeu as the hostile crowd showed their displeasure with Solari and the team as a whole, meaning Los Blancos were under huge pressure to get a result tonight. 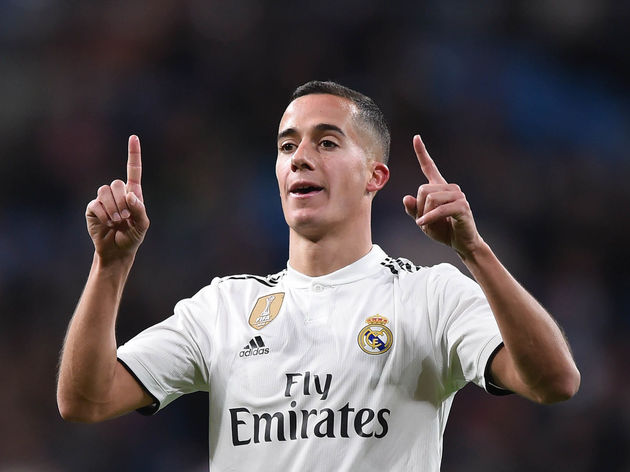 The first half was far from convincing and Madrid were fortunate to take a lead into the break, with the penalty just before half-time proving crucial. However, the second half was more like the Real of old as they dominated proceedings are justly added two more goals to appease the Bernabeu crowd and ease the mounting pressure on Solari.

STAR MAN – Alvaro Odriozola was very impressive for the home side, particularly during the first period when he was able to play more as a right winger. The Spaniard was a continuous threat making runs in behind and earned a vital first half penalty that settled the nerves throughout the Bernabeu.

Odriozola is one special player. The kind that is made for clubs like Madrid. Looks quite confident, has good vision and always performs when on the pitch. He is an asset to have in the club

WORST PLAYER – ​Casemiro didn’t have his best game in a Real Madrid shirt, giving the ball away a number of times during the first half. The Brazilian will need to get back to his best in the coming weeks as Los Blancos have some key fixtures coming up.

20 minutes of this match was enough for me to conclude that ceballos no longer trusts casemiro to control a pass.

Credit to Leganes who despite sitting 16th in ​La Liga, did not come just to make up the numbers. They took confidence from the growing discontent amongst the crowd during the first period and will rue a number of missed chances. Ex-Southampton boss Mauricio Pellegrino can still take many positives from his side’s performance heading into Saturday’s meeting with Huesca.

Real Madrid return to La Liga action this Sunday when they will be desperate to claim three points away at Real Betis.

Leganes will next be in action on Saturday lunchtime, as they host bottom side Huesca.