Real Madrid have made Eden Hazard and Christian Eriksen priority transfer targets and will launch bids for the Premier League duo in the summer.

Chelsea star Hazard and Tottenham playmaker Eriksen are each enjoying fine seasons, but both have just one year remaining on their contracts with their respective clubs.

According to ​The Sun, La Liga giants ​Real Madrid have identified the pair as key signings ahead of the summer transfer window and are expected to open their bidding at £50m for each player.

Both offers are apparently likely to be rejected, with the minimal fee hardly reflecting either player’s status as among the finest talents in the Premier League.

However, there is said to be a realisation from both Chelsea and Tottenham that they could be at risk of losing Hazard and Eriksen respectively for nothing just one year later, should the star duo fail to agree new contracts with their clubs.

Los Blancos failed to sufficiently replace star man ​Cristiano Ronaldo last summer after the Portuguese icon departed for ​Juventus, leaving a huge void in the Madrid attack which has left them short of goals and top quality in their front line this term. A 0-2 defeat at home to Real Sociedad last time out in La Liga was a clear barometer of Madrid’s struggles this term, with the European champions currently fifth in the league table and ten points adrift of leaders ​Barcelona.

Hazard has continued to star as Chelsea’s leading light in attack under Maurizio Sarri, and the Belgian could prove to be exactly what is needed at the Bernabeu to reinstate something close to Ronaldo’s elite quality back to Madrid’s attack.

Chelsea are said to be keen to tie the 28-year-old to a new deal worth £300,000-a-week, though the lack of resolution over Hazard’s future has seemingly left the Blues vulnerable to a potential departure, with Madrid primed to take advantage. 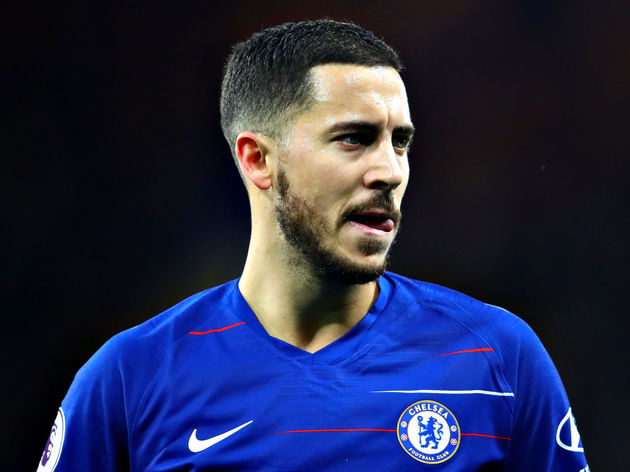 The Ballon d’Or winner has been one of Madrid’s most consistent players since signing from Tottenham in 2012, but the Croatian star is now 33, and Los Blancos are apparently seeking a successor.

Eriksen has been key once more as Tottenham’s chief creative force under Mauricio Pochettino this term, scoring four goals and providing seven assists in 18 Premier League games for Spurs.

The Danish international has apparently been earmarked as the ideal long-term replacement for Modric, as Tottenham face a tough summer ahead in keeping hold of their star players and their manager.

Madrid continue their attempts to salvage their season under interim boss Santiago Solari as Los Blancos take on Real Betis in a crucial La Liga clash on Sunday.​

Toilet: Ek Prem Katha has nothing lofty but is unapologetically patriotic