Real Madrid president Florentino Pérez was the subject of chants from the club’s supporters during their 3-0 win over CD Leganés which called for the 71-year-old to leave his position as the chief at the Santiago Bernabéu.

After missing out the club’s presidency to Ramón Mendoza Fontela in 1995, Pérez was eventually voted in at the turn of the century and has remained in charge of Real Madrid ever since. Despite the club’s success, Pérez’s popularity among supporters has fallen drastically and The Evening Standard report that the Ultras Sur (a banned fan group) found their way into the Santiago Bernabéu and hurled chants towards the president which called for him to resign.

Pérez’s has a history with the Ultras Sur specifically, claiming back in 2015 that the group were behind the last movement which looked to remove him as Real Madrid’s president.

Any doubt over how disenfranchised Real Madrid supporters a feeling were washed away based solely off of Wednesday’s attendance. The 44,231 fans at the Santiago Bernabéu was their lowest attendance of the season, and more than a 25% drop on their average across all competitions this campaign.

Chants against Pérez were repeated before and after the opening goal of the match where Álvaro Odriozola won his side a penalty, which Sergio Ramos converted.

Lucas Vázquez and Vinícius Júnior scored to put the game beyond any doubt, but the first leg of their Copa del Rey match was marred by the chants. 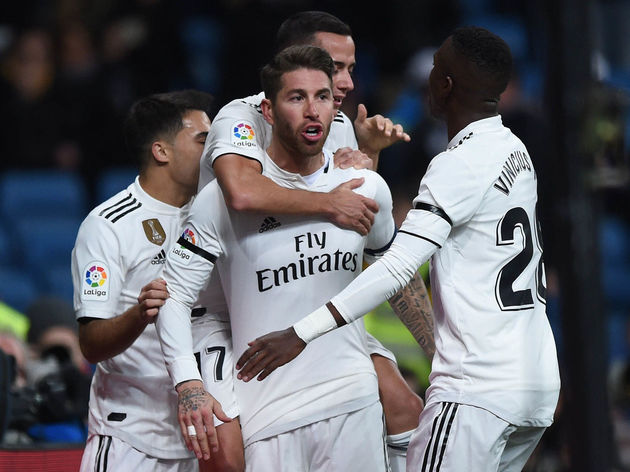 Real Madrid will travel to Real Betis this weekend in a must-win game in La Liga. If they fail to claim all three points at the Benito Villamarín on Sunday, Los Blancos could finish the weekend 13 points behind Barcelona and even slip four points outside the top four.