Real Madrid host Leganes on Wednesday night in the first leg of the Copa del Rey quarter-finals, looking to put their embarrassing 2-0 defeat to Real Sociedad this past Sunday in La Liga firmly behind them.

On paper, it would seem like the perfect match for Los Blancos to redeem themselves after their most recent poor showing, however, nothing has been straight forward this season for the 19-time Copa del Rey winners.

Wednesday’s opponents Leganes, meanwhile,, currently occupy 16th spot in La Liga are without a win in their last four league matches – but they will fancy their chances of causing an upset given Real’s indifferent form this campaign.

​Real’s injury concerns have worsened since their last match at the Santiago Bernabeu, with star central midfielder Toni Kroos set for a short spell on the sidelines with a groin injury.

Kroos joins Marco Asensio, Marcos Llorente and Mariano Diaz in the treatment room, with Gareth Bale also out of contention with a calf injury. Brahim Diaz, who has just arrived from Premier League champions Manchester City, may slot straight into the team, and he may provide fresh impetus to a team that has looked devoid of attacking ideas at times this season.

As for opponents Leganes, Ezequiel Munoz and Michael Santos are both sidelined through injury but otherwise Los Pepineros have a full strength squad to choose from.

Real Madrid have won five out their last six encounters with Leganes in all competitions, though the visitors did emerge victorious last season – sending Madrid out of the Copa del Rey in the process.

Solari’s side have already beaten the visitors at the Santiago Bernabeu 4-1 this season, with Gareth Bale opening the scoring before the hosts were pegged back by a Guido Carrillo penalty. ​Karim Benzema’s brace just after half time gave Madrid a healthy lead that was topped off by a penalty converted by ​Sergio Ramos. Los Pepineros have failed to win in their last four matches, with their last taste of success coming against Rayo Vallecano in the previous round of the Copa del Rey.

Real Madrid will need to significantly up their game from their last performance against Real Sociedad, with a heavily rotated side no doubt determined to ensure Los Blancos avoid making it three games without a win. 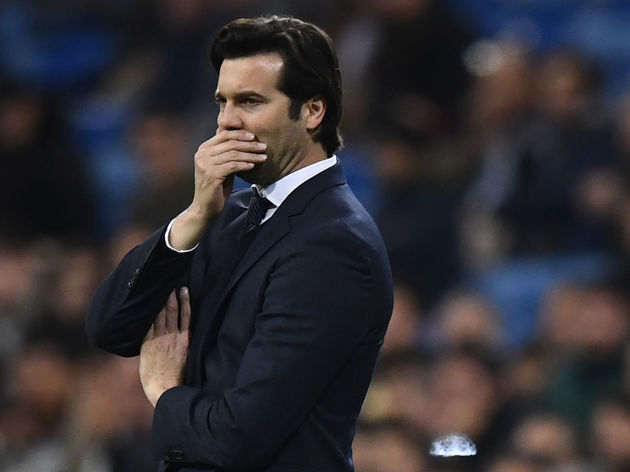 Leganes emerged victorious on their last Copa del Rey visit to the Santiago Bernabeu winning 2-1- and now may be as good a time as ever to face Madrid.

Real will be desperate to secure a first leg victory, to put somewhat of a smile back on their supporters faces if nothing else. Expect the home side to do what’s required to earn a first leg lead.

Pompeo says US backs Saudi Arabia's 'right to defend itself'