Realme X2 Pro is officially confirmed to make its debut on October 15 in China and Europe. Ahead of the launch, Realme has been teasing the key specifications of the smartphone. We already know about the presence of Snapdragon 855+ SoC, 90Hz Fluid Display, and the quad rear camera setup headlined by a 64-megapixel shooter. Now, the company is teasing a 12GB RAM + 256GB onboard storage variant, 4,000mAh battery with 50W Super VOOC fast charging, and a lot more. Separately, alleged live shots of the phone have also appeared online.

According to various Weibo posts by Realme, the Realme X2 Pro will come with up to 12GB of RAM, up to 256GB of UFS 3.0 storage, and a 4,000mAh battery with 50W fast charging support. The company has also shared a video that shows the Realme X2 Pro going from 1 percent to 100 percent in 30 minutes and 53 seconds – that is pretty impressive.

Other specifications of the phone are said to be include vapour chamber liquid cooling, NFC, dual-band Wi-Fi, and GPS with dual-frequency support. Additionally, Realme X2 Pro will also include Frame Boost 2.0 and Touch Boost 2.0 for an improved gaming experience.

As mentioned, Realme X2 Pro is all set to be unveiled on October 15 next week at events in Madrid and China. The phone will arrive in India in December. There is no word on the pricing at this point, but given the flagship level specifications, it will be significantly expensive than Realme’s existing phones. 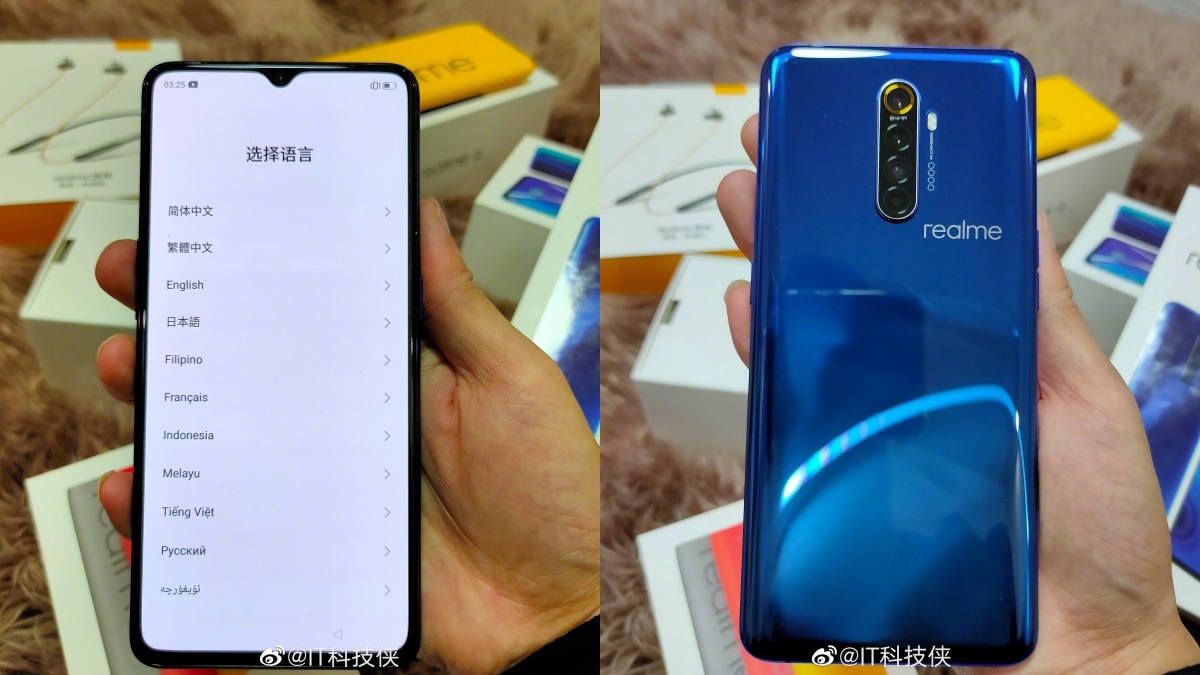 Separately, alleged live photos of Realme X2 Pro have surfaced online. Published on Weibo, these photos show the retail box of the phone as well as its Blue colour variant. The quad camera setup as well as the waterdrop-style notch can be spotted in the leaked photos. Given that Realme has also already shared the official renders of the phone, there is not much new information here.