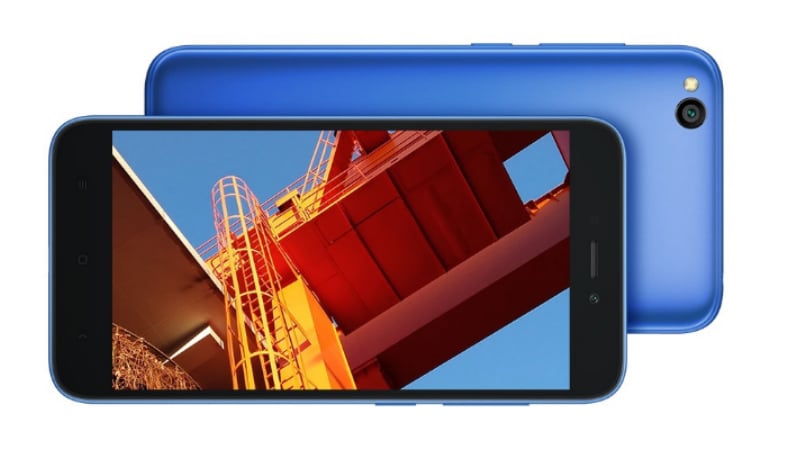 Xiaomi’s sub-brand Redmi introduced the Redmi Go smartphone via a tweet earlier this week, and now it has been spotted in Philippines. The phone is up for pre-orders in the region already, and shipping is scheduled to begin from February 5. The listing reveals that the Redmi Go runs on Android Oreo (Go edition), sports a 5-inch display, an 8-megapixel rear camera, and packs a 3,000mAh battery. The Redmi Go is the second smartphone from Xiaomi after the Redmi sub-brand announcement. The Redmi Note 7 was launched earlier this month in China, and it is expected to launch in India soon.

Redmi Go is up for pre-orders on Philippine site Lazada for the price of PHP 3,990 (roughly Rs. 5,433). The smartphone is listed in Black and Blue colour options, and shipping is scheduled to begin from February 5 onwards. The phone has been listed with one-year official warranty and free delivery perks. In Europe, WinFuture notes the smartphone will be priced at around EUR 80 (roughly Rs. 6,500), and will go on sale in February.

As for design, the budget Redmi Go sports visible chins at the top and bottom portions of the display, with bottom chin housing capacitive buttons. The volume and power buttons are on the right edge, and the back panel houses a single rear camera setup. There’s no sign of a fingerprint sensor.

As per the listing, the Redmi Go runs on Google’s Android 8.1 Oreo (Go Edition) and sports a 5-inch HD display. It is powered by the Qualcomm Snapdragon 425 quad-core processor paired with 1GB RAM. 8GB of internal storage is also offered.

In the camera department, there is an 8-megapixel rear camera with LED flash support, and a 5-megapixel front sensor as well. It packs a 3,000mAh battery, and includes light sensor, proximity sensor, and accelerometer.

Huawei Nova 6 With 5G Support Tipped to Launch in December