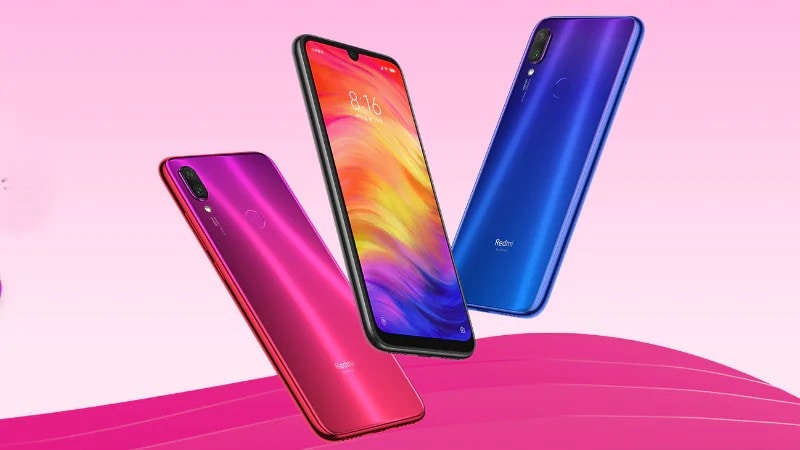 Xiaomi recently teased the launch of the Redmi Note 7 in India, but before that could happen, a tech news website has published the alleged storage variants and the colour options of the phone that will reportedly make their way to the Indian market. Only two storage configurations of the Redmi Note 7 are said to be coming in India out of the original three variants, and it will be released in a choice of three colours. The Redmi Go is also said to be coming to India with a new red colour option in tow, alongside the blue and black variants that were showcased at the time of the announcement.

The latest rumour, which comes courtesy of MySmartPrice, states that the Redmi Note 7 will be offered in two storage variants at the time of its launch in India. The two variants will reportedly include the base 3GB RAM + 32GB storage version and the 4GB RAM + 64GB storage model. However, the details about their pricing for the Indian market are not known at the moment. There is no word on whether the Chinese smartphone maker will launch the Redmi Note 7’s top-end 6GB + 64GB variant in India, however, tipster Ishan Agarwal claims that the company might eventually launch it at some point in the country but the same is not certain.

In terms of the colour options, the Redmi Note 7 will allegedly be offered in Red, Black, and Blue colour options. However, we suspect that these are just unofficial names of the Twilight Gold, Fantasy Blue, and Bright Black colour options of the smartphone announced by the company. As for the Redmi Note 7’s arrival in India, Xiaomi India head Manu Kumar Jain recently teased that the smartphone will soon be launched in India, but a specific launch timeline is yet to be officially revealed.

Furthermore, the same rumour notes that the Redmi Go will also be released in India soon. The Redmi Go – claimed to be the first Android Go smartphone from the company – will reportedly be offered in a new red colour option in India. The red variant of the Redmi Go will be joined by the original blue and black variants of the affordable smartphone that was unveiled last month. But unfortunately, there is no concrete information regarding the Redmi Go’s pricing and launch date in India.

The Best TV Series on Netflix in India