For the uninitiated, Resident Evil 2 is a remake of the 1998 PS1 classic by the same name. Set in the fictional Racoon City in the throes of a zombie apocalypse, you’ll play as Leon Kennedy and Claire Redfield in an attempt to escape the rapidly growing undead hordes that plague it. The demo takes place in Racoon City’s police station and has you in the role of Leon.

Aside from being on a timer to uncover this area’s secrets — which the Resident Evil 2 demo makes abundantly clear as you fire it up — it’s easy to appreciate how good it looks. Minutiae like Leon’s hair swaying as he interacts with objects such as computers; gorgeous lighting effects that give each scene a moody, sinister tone; and a wanton amount of gore and gibs that would make 2016’s Doom seem like an episode of My Little Pony… we could make this piece solely about the game’s visuals alone. Suffice to say Capcom took utmost care to ensure Resident Evil 2’s presentation is fantastic. 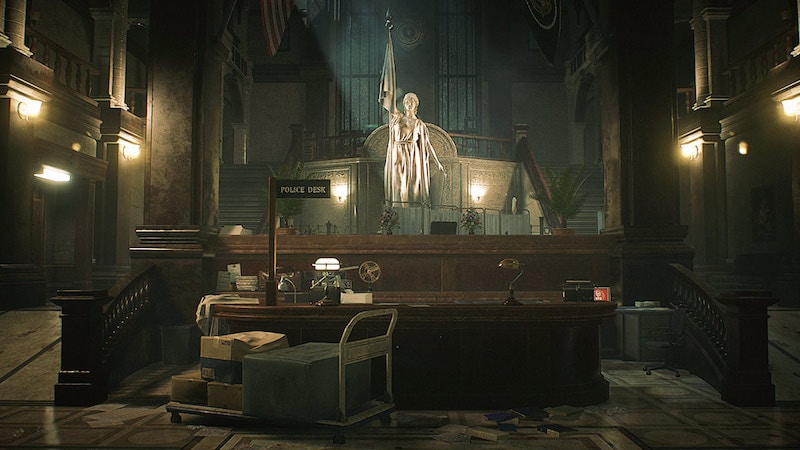 The attention to detail extends to the controls too. Shooting feels satisfying, particularly when you land a headshot and an enemy’s head explodes like a tomato. It’s all the more gratifying when you realise that aiming isn’t laser precise, having just the right amount of wobble to make each encounter feel tense and challenging. While running away from zombies is an option, we found ourselves resorting to firearms or the survival knife we were given by a non-playable character to thin their numbers and make progressing through the tight corridors of Racoon City Police Station a little easier.

Pitch perfect presentation and controls aside, the blood-splattered confines of Racoon City Police Station are brimming with secrets. Be it discovering police reports of the days leading upto the zombie outbreak or chancing upon lockers stocked with guns and ammo, there’s always something to find that would heighten our understanding of the game or improve our odds of surviving. The unsettling mix of corpses and gore alongside bits of lore and items worth procuring made exploration in the Resident Evil 2 demo a treat.

And it would feel even more rewarding if we weren’t on a timer which curtailed our jaunt through this beautiful mess. Thanks to the Resident Evil 2 demo’s time-bound nature we were at odds between perusing through its secret-laden rooms and, well, reaching its conclusion. The conflict this decision creates doesn’t sit well with us. By creating a polished demo to pique our curiosity, Capcom is obviously looking to push pre-orders for the game, which is fair.

Although our issues are with how it’s been done. The entire get up — stellar presentation, refined controls, and elaborate environment strung together by annoying deadline for completion — makes the whole Resident Evil 2 demo experience feel like a roundabout and ultimately, blatant money grab. Timed demos are nothing new, it’s something we’ve seen aplenty in this generation from online-only titles like Destiny 2, Call of Duty: Black Ops 4, The Division, and Overwatch to name a few. But getting to grips with what they had to offer spanned days, not just 30 minutes. Surely Capcom could afford to be a little more generous with this just like it did with the demo for Resident Evil 7.

All of this makes the Resident Evil 2 demo’s time limit its biggest and most obvious problem. Hopefully the full game will be as polished and haunting as what we experienced. While we’re not fans of the one shot format Capcom has employed for the demo, we’re optimistic of what the full game will bring. Look out for it on January 25. 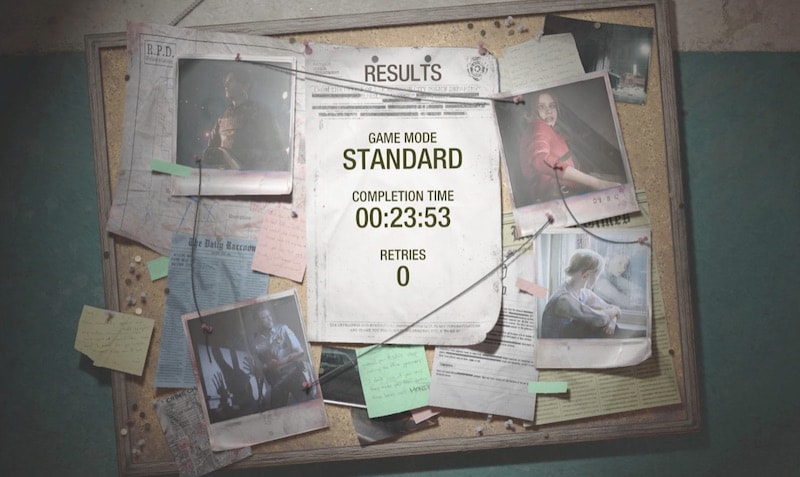 Why Just One Indian Movie Was Mastered for IMAX in 2019