The first mainstream Hindi film that, somewhat tremulously, broaches the theme of same-sex love, Ek Ladki Ko Dekha Toh Aisa Laga is easy to relate to and grasp despite, or may be owing to, its essentially sanitised veneer. It sails to uncharted parts and travels miles but it does so without rocking the boat too violently. In the end, it is a sensitive, tender and humour-laced melodrama that hinges as much on the relationship between a lonely, misunderstood small-town Punjab girl and her doting father as the heroine’s sexual orientation, which drives her into a shell. 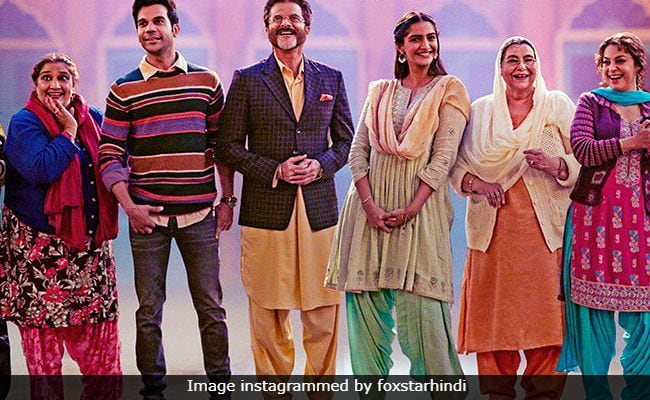 Screenwriter Gazal Dhaliwal and director and co-writer Shelly Chopra Dhar impart a gentle amiability to the tale, which springs its surprises without seeming to be overly radical in its portrayal of gender identity and homosexuality. Notions like bimari, normality and family honour are invoked in no uncertain terms and a woman’s inner turmoil as she fights for the right to lead her life on her own terms is treated with restraint. The film’s even tone is underscored by the restrained performances from the key members of the cast. 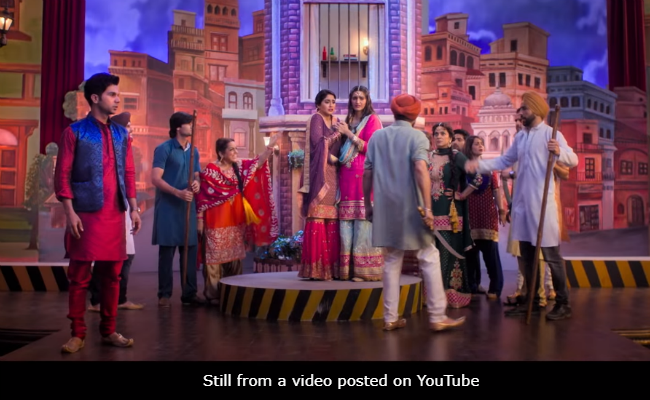 Playwright Saahil Mirza (Rajkummar Rao), the prodigal son of a film producer, follows his muse, Sweety Chaudhary (Sonam K Ahuja), from Delhi to Punjab’s Moga town and runs into her orthodox middle class dad (Anil Kapoor) and his family and a secret that upsets his plans. A play within a film brings to the fore long-suppressed realities and forces the town to confront its prejudices.

Anil Kapoor, as always, gets completely into the swing of things and livens up the film with his presence. Sonam projects a convincing combination of vulnerability and assertion in a way that only she can. Rajkummar Rao is as impressively pitch-perfect as ever. Juhi Chawla is an absolute delight, not just radiantly charming but also a veritable scene-stealer.

In the context of a filmmaking tradition that has usually been shockingly insensitive to LGBTQ rights, Ek Ladki Ko Dekha… is a whiff of fresh air, a huge leap forward from 2008’s Dostana. It does not seek to derive mirth and frivolity from the theme, offering instead an earnest, unapologetic depiction of the act of coming out in a conservative society.

The story is simple enough and is told in a manner that could be faulted for being overly chaste but the film achieves something far bigger than a Bollywood crowd-pleaser can: it goads the audience to think differently without deviating from its primary purpose, which is to deliver entertainment. It does the latter without diluting its daring vision.

(This is a short review. Please check back soon for the full version)