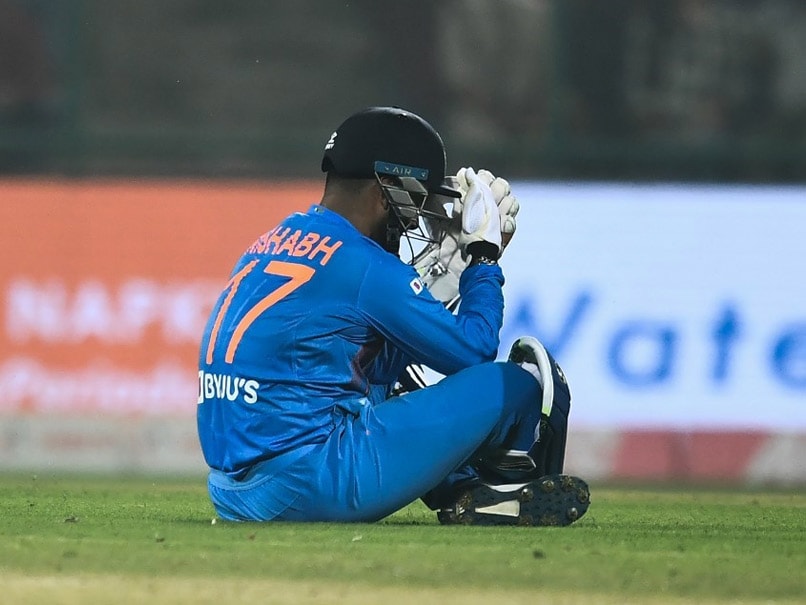 Rishabh Pant, who had a forgettable outing during India’s first Twenty20 International (T20I) against Bangladesh, was once again at the receiving end early in the second T20I in Rajkot on Thursday. After India’s stand-in skipper Rohit Sharma opted to bowl in his 100th T20I match, Liton Das and Mohammad Naim gave Bangladesh a solid start. The visitors’ opening pair frustrated the hosts with their 60-run partnership. Liton Das and Mohammad Naim batted with intent but their stand was not chance less. In the 6th over bowled by Yuzvendra Chahal, Liton Das charged down the track but was totally beaten by the turn. It was an easy stumping chance for Pant but the delivery was declared a no-ball. Third umpire Anil Chaudhary gave a lifeline to Liton Das as Pant had grabbed the ball slightly in front of the stumps.

It was an error of basics from the young wicketkeeper and soon, Twitter was flooded with Rishabh Pant memes.

As usual, fans compared Rishabh Pant to veteran MS Dhoni, who is currently on a sabbatical from cricket.

Here are some of them

When you said that Rishabh Pant is the perfect replacement for MS Dhoni pic.twitter.com/s5wNRFPAdF

MS Dhoni made his international debut in 2004

Pant, however, redeemed himself as he ran Liton Das out in the 8th over for 29 runs.

Then in the 13th over, Pant managed another stumping and it looked very close this time as well.

The giant screen showed Soumya Sarkar was not out but the decision was changed to out just seconds later.

After Bangladesh’s bright start, India managed to pull things back after some early blunders in the field.