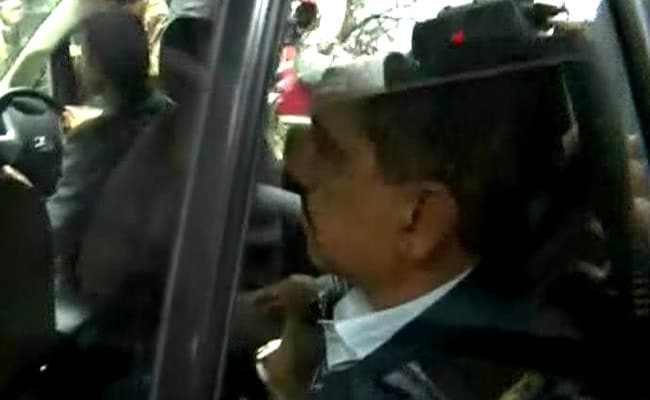 The questioning of businessman Robert Vadra, brother-in-law of Congress chief Rahul Gandhi, in a money laundering case has started at the Delhi offices of the Enforcement Directorate. The agency alleges that he owns a number of properties in the UK, bought illegally through kickbacks received in India when the UPA government was in power.

Mr Vadra has claimed the investigation was part of a political witch-hunt. During yesterday’s five-hour questioning, he has denied owning any property in the UK or knowing the people, including absconding arms dealer Sanjay Bhandari, whom the agency is investigating.

Investigators claim Mr Vadra directly or indirectly owns nine London-based properties worth several million pounds. Three of these are villas, the rest luxury flats purchased between 2005 and 2010. Sources said he was shown documents and e-mails that connect him with the properties.

The money laundering case was initially filed against a former employee of Skylight Hospitality, a firm linked to Mr Vadra. Manoj Arora’s role was detected during the investigations against Sanjay Bhandari by the Income Tax Department in another case.

The Enforcement Directorate said the kickbacks came from a petroleum deal, which was channelled through a couple of companies and finally used to buy a house at London’s Bryanston Square by Sanjay Bhandari, who headed one of the companies.

He bought the house for 1.9 million pounds and sold in 2010 for the same amount, despite an additional expense of approximately 65,900 pounds for its renovation.

“This gives credence to the fact that Bhandari was not the actual owner of the property but it was beneficially owned by Vadra, who was incurring expenditure on the renovation of this property,” the ED had told the court.

Sources said Mr Vadra has denied owning any property in London. He has also denied any association with absconding arms dealer Sanjay Bhandari and his cousin Summit Chadha, who are instrumental to the case.  Mr Vadra admitted to knowing Manoj Arora, but denied he ever wrote any e-mail on his behalf, sources said.

The questioning of Mr Vadra, months before the Lok Sabha elections, has become another flashpoint between the Centre and the opposition.

As the BJP launched a sharp attack on the Congress and the Gandhi family, Bengal Chief Minister Mamata Banerjee spoke up in the party’s support.

“There is no serious case, nothing, just sending the notice casually to everybody. So we stand together, we are united,” Ms Banerjee said last night when asked about the case.

Yesterday, Priyanka Gandhi Vadra, who has taken charge as the Congress general secretary for eastern Uttar Pradesh, dropped Mr Vadra to the ED office in central Delhi. “I stand by my husband,” she told NDTV, adding that she wanted to send a “clear message” by her appearance there.