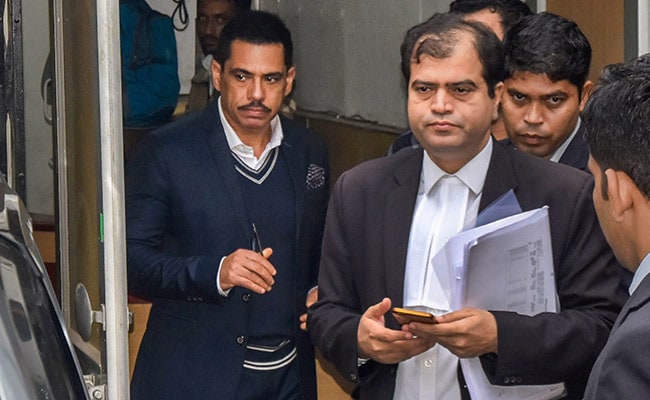 Businessman Robert Vadra, the brother-in-law of Congress chief Rahul Gandhi, is being questioned for the third time today by the Enforcement Directorate in a money laundering case. He has been quizzed for around 11 hours altogether on Wednesday and Thursday. Mr Vadra, who says he is being targetted for political reasons, has been asked about properties worth around 12 million pounds in London that allegedly belong to him.

Mr Vadra has also asked about the key persons involved in the case — controversial arms dealer Sanjay Bhandari and his relative, and two others.

Mr Vadra arrived at the agency’s office at Jamnagar House in Central Delhi at about 10.45 am. Priyanka Gandhi Vadra — who dropped him off at the ED office on Wednesday and on Thursday, came to pick him up — is expected to attend a meeting at the party office today.

The case involves allegations of money laundering in the purchase of a London-based property located at 12, Bryanston Square worth 1.9 million pounds.

On Thursday, the investigators questioned showed Mr Vadra some e-mails allegedly between him and Sumit Chadha, the London-based relative of Sanjay Bhandari. In the mails, accessed by NDTV, Sumit Chadha purportedly asked for reimbursement for the renovations made at a mansion at 12 Bryanston Square in London.

A response, purportedly from Mr Vadra, read “Will look into it in the morning and let Manoj sort it out”. NDTV cannot verify the authenticity of the e-mails.

Sources said Manoj, referred to in the e-mail, is Manoj Arora, a former employee of Skylight Hospitality — a firm linked to Mr Vadra. The money-laundering case was initially filed against him.