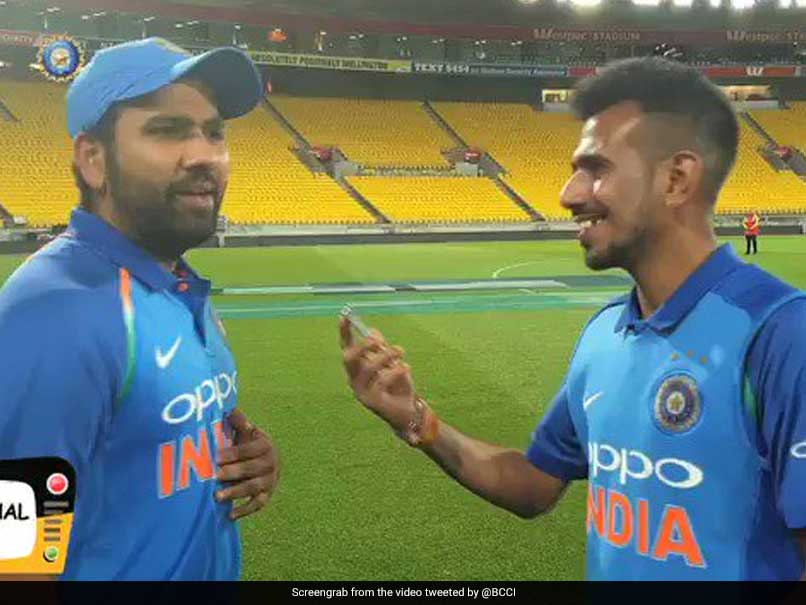 Rohit Sharma made an appearance on Chahal TV after India clinched the five-match One-day International series vs New Zealand. India won the fifth ODI by a 35-run margin in Wellington. This also resulted into a rare feat for Team India, which became the third side in the history of cricket to clinch an ODI series in New Zealand by a 4-1 margin. Rohit Sharma is over the moon, so is Yuzvendra Chahal who hosts the widely watched online show, Chahal TV. Sharma, while appearing on Chahal TV, suggested he would want to promote Yuzvendra Chahal in the batting order. And yes, jokes are jokes.

Here’s the video posted by the Board of Control for Cricket in India (BCCI) on Twitter.

Why does Rohit want to give @yuzi_chahal a batting promotion? – by @RajalArora

India outclassed New Zealand by 35 runs in the fifth and final One Day International at the Westpac Stadium to clinch the five-match series 4-1 on Sunday. Spinner Yuzvendra Chahal claimed three wickets as India bundled out New Zealand for 217 in 44.1 overs. James Neesham top-scored for the hosts with 44 runs off 32 balls. Earlier, Ambati Rayudu anchored Indian innings after early blows to help the visitors post 252, after opting to bat, in Wellington. India had won the three consecutive ODIs in Napier and Mount Maunganui, while New Zealand registered a consolation win in the fourth ODI in Hamilton.

At 18 for four, India were heading towards another sub-100 total before Ambati Rayudu (90 off 113) and Vijay Shankar (45 off 64) forged a 98-run stand to ensure India ended with a fighting total.
Hardik Pandya’s 45 off 22 balls also went a long way in India posting a challenging target and his two wickets later on showed why he is such an important member of the team.

New Zealand batsmen, including skipper Kane Williamson (39), squandered their starts in the chase but the home team remained in the contest until Jimmy Neesham (44 off 32) was dismissed in the 37th over.