AC Milan had Gianluigi Donnarumma to thank as they struggled to a 1-1 draw against Roma on Sunday evening.

After a coast-to-coast start to the game, Milan struck first thanks to January signing ​Krzysztof Piatek. Lucas Paqueta won the ball back in the far corner before whipping a dangerous ball into the path of Piatek, who duly tucked the ball under the despairing Robin Olsen. 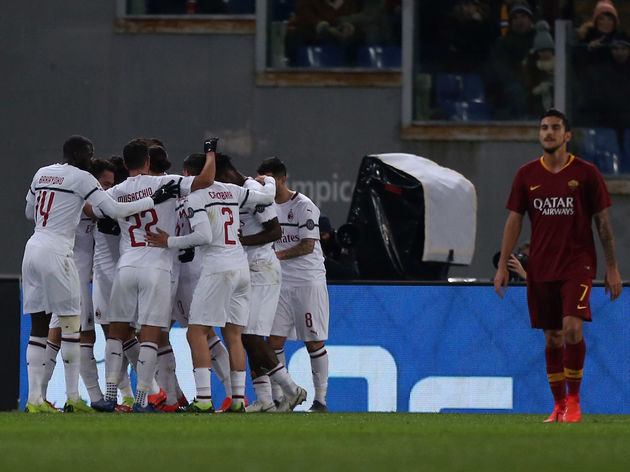 Roma responded well to going behind and were the dominant force for the remainder of the first-half, but they couldn’t find a way past Donnarumma. The Milan keeper was in inspired form, pulling off a string of superb saves to ensure that his side went into the interval a goal to the good.

However, it took less than a minute for Milan’s resistance to be broken in the second-half. Mateo Musacchio diverted a cross towards goal and, following another stunning save from Donnarumma, Nicolo Zaniolo was on hand to tap home from close range. 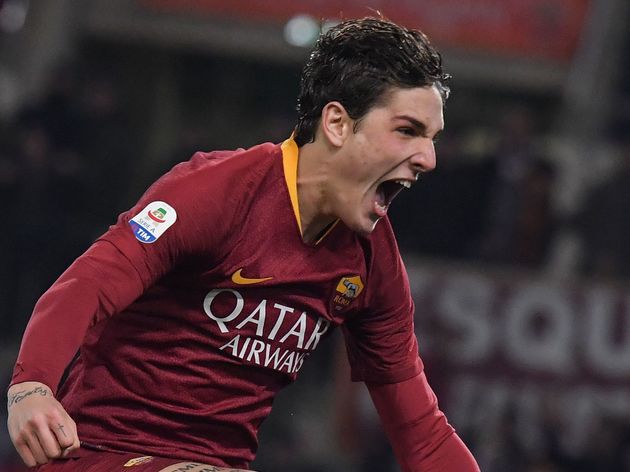 Roma pushed to find a winner, but they were unable to find a way past Donnarumma for a second time. Lorenz Pellegrini came closest with a header that crashed against the post late on, but it ended up finishing all square.

There was a lot riding on this one for ​Milan. A victory would see them move four points clear of Roma and within two points of Inter, but a defeat would see them drop out of the top four altogether. 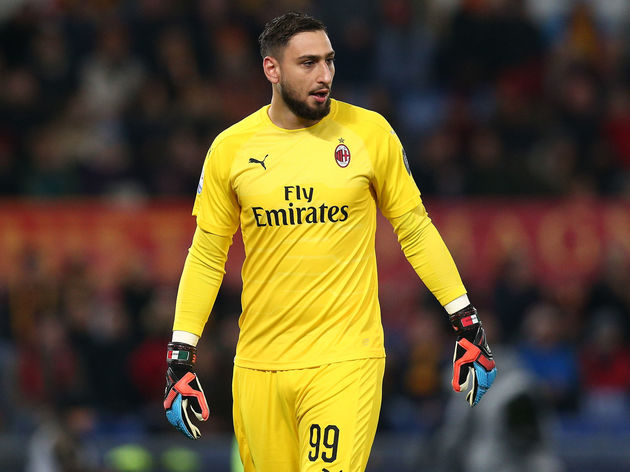 It ended up being a rather disjointed performance from I Rossoneri, as they were unable to piece together many coherent passages of play. Much of the team appeared to be on different wavelengths as the ball was given away far too often and, if it weren’t for Donnarumma, then they could have easily come away empty-handed.

As it stand, they are still looking good for a top four finish, but they may see this one as a missed opportunity when you take the Inter result into consideration.

It’s almost impossible to comprehend the fact that Donnarumma is still only 19 years old. The Milan keeper cut an imposing figure all night, pulling off some truly jaw-dropping saves which ended up earning his side a point.

There are still areas of his game which require some fine tuning, as shown when he dropped a seemingly routine cross in the second-half, but that should be expected when you consider his age.

Milan have a lot to thank him for this evening.

Double save by Donnarumma, he’s really coming out now as the best goalkeeper in Italy and one of the best in the World.

I honestly thought we may have seen the last of brilliant Gigio at Milan after that ridiculous summer with his agent where his formed dipped for an entire season. I was so wrong. Donnarumma at the moment is better than ever and a more complete keeper

A number of players underwhelmed, but Suso was notably quiet out on the right wing as he had little to no influence on proceedings.

The Spaniard has a tendency to blow hot and cold, which has often undermined his time with Milan.

Milan are back in Serie A action next Sunday when they welcome Cagliari to the San Siro.

Aston Villa: Dean Smith's Side Are Not the 'New Fulham' Despite...