Manchester United forward Romelu Lukaku has hailed the influence interim manager Ole Gunnar Solskjaer has had on his game since taking charge at Old Trafford.

The Norwegian, who enjoyed 11 trophy laden years at the club as a player, took over in mid-December after the dismissal of Jose Mourinho as a manager and has subsequently led the Red Devils to five successive victories – becoming the first manager in the club’s history to do so.

His impact has been felt off the pitch also, with Lukaku, who struggled for form and confidence during the final months of Mourinho’s reign, revealing that he has already adapted parts of his game, as well as forming a close bond with Solskjaer. ​“He talks to me all the time and I like that,” Lukaku said, in an interview with the ​club’s official website. “He played in a way that I like to play, and also the rest of the team, and we are just enjoying our football right now.”

“He’s taught me a lot. Movement-wise, and stuff like that, but obviously he knows the type of striker that I am. From the first day when I came back in, he did a total analysis of my game. I was really surprised but he helped me a lot and I am looking forward to keeping on working with him.

“He really wants me to face the goal because he knows that I am at my most dangerous when I do that, when I’m moving off the shoulder of the defender but also trying to stay on the move all the time.

“The work that we have been doing over the last couple of weeks is good, and I just take it every day at a time and I want to improve my game. He was ice cold when he was in front of the goal and that is something I like.“

​Lukaku continued by stating that he believes some of the clinical finishing traits shown by Solskjaer as a player are rubbing off on him already, adding that he just wants to continue improving as a player.

“Yeah, I think so. I just take it one day at a time. I just want to work and help the team in every way that I can and right now everything is going well, not only for me but for the rest of the team as well and I am delighted. 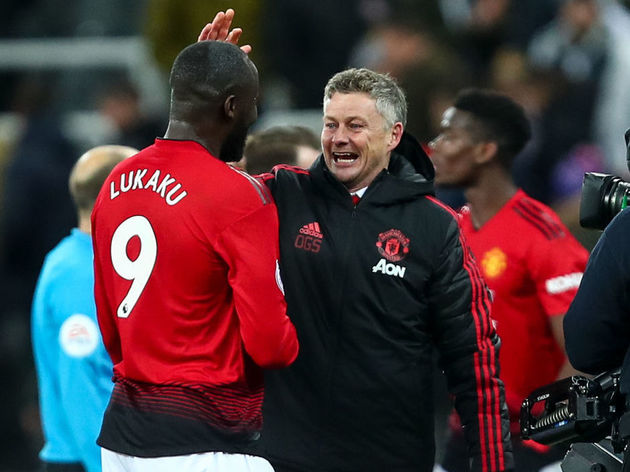 “I just keep working in training and in the games. I don’t want to regret it the next day. And right now everything is going well and now hopefully we can turn it up a notch and improve a bit more as a team like the manager wants us to play and that’s it.”

Lukaku will now be hopeful that his goal against Reading in the FA Cup third round is enough to convince Solskjaer to hand him a starting role when ​United travel to face ​Tottenham when the Premier League resumes next weekend.

Keerthy Suresh on Bollywood debut: 'Honoured to be part of such...