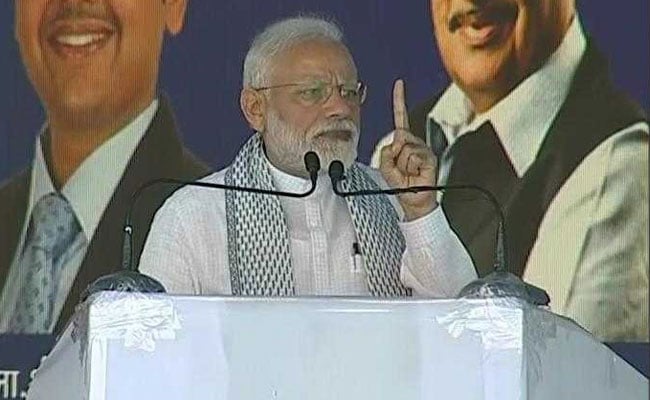 Asserting that the sacrifice of the 40 CRPF soldiers killed in a terror attack in Jammu and Kashmir’s Pulwama will not go in vain, Prime Minister Narendra Modi said today security forces have been given a free hand to punish the perpetrators of the attack.

At a public function in Pandharkawada in Maharashtra’s Yavatmal district, where he launched a number of projects, PM Modi also slammed Pakistan for saying it has become a synonym for terrorism.

“Sacrifice of Pulwama martyrs will not go in vain. Our security forces have been given a free hand to punish the perpetrators of the attack,” the prime minister said, and warned that even if the terrorist organisations try to hide, they will be sought out and punished for the crime they have committed.

More than 40 CRPF soldiers were killed and several injured in one of the deadliest terror attacks in Jammu and Kashmir on Thursday, when a Jaish-e-Mohammed suicide bomber detonated a vehicle carrying 60 kgs of RDX explosives inches from their bus in Pulwama district.

“All of us can feel the pain of families of the Pulwama martyrs. We understand your anger,” Prime Minister Modi said.

Referring to Pakistan, the prime minister said, “A nation which is on the verge of bankruptcy has now become the second name for terror.”

PM Modi also sought to know from the people present at the event whether they were happy with his work and the efforts he was taking.

At the event, the prime minister inaugurated an Eklavya Model Residential School for tribal students and handed over the keys of houses constructed under the Pradhan Mantri Awas Yojana (PMAY) to some of the beneficiaries.

ABOUT US
Techbuzz is your news, entertainment, music fashion website. We provide you with the latest breaking news and videos straight from the Fashion, Tech, Politics, Business, Bollywood, Hollywood, Music and the Entertainment Industry
Contact us: [email protected]m
FOLLOW US
© 2019 TechBuzz by Lokesh Prem Budhrani
✕