​Sadio Mane has revealed he told Liverpool midfielder Naby Keita that he believes there is a lot more to come from his teammate after a sluggish start to life at Anfield.

Keita arrived on Merseyside last summer after agreeing a deal with RB Leipzig in 2017. The Guinea midfielder has made 24 appearances this season but teammate Mane says he believes Keita can become one of the best midfielders around.

“You saw it last game, he did very well and everyone was happy with him. For sure, a lot more is coming.” 

Mane has told Keita his very best is still to come for #LFC – even if he’s currently keeping him awake at night in Marbella with his snoring. https://t.co/4dlkkHGZuH

Speaking to the club’s official website, Mane said: “I just told him today in training, I know your qualities and for sure, everyone is waiting for more from you because that’s normal, it’s a big club and you are doing your best – but you can do more.

“You saw it last game (against Bournemouth), he did very well and everyone was happy with him. For sure, a lot more is coming – and I am confident it will because I know him.”

Reds fans will hope Mane’s message will get Keita showing why Liverpool triggered the midfielder’s £48m release clause. So far the midfielder has managed one assist all season and hasn’t scored for the club.

Liverpool headed out to Marbella after their victory against Bournemouth on Saturday and Mane hopes their stay will provide the team with a much needed boost ahead of the remainder of the season. 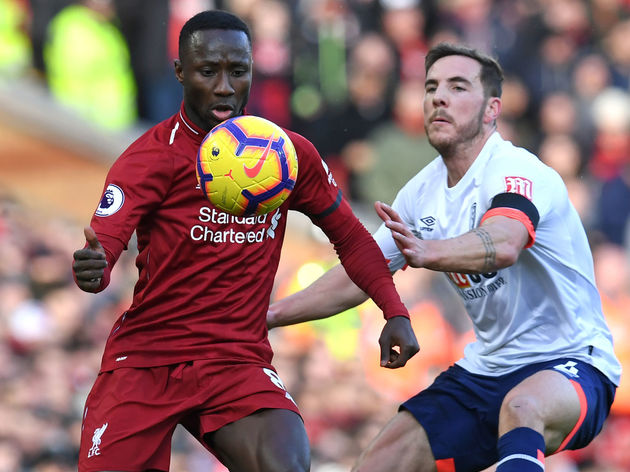 He added: “We are here, training harder and getting a little bit more rest so we’re back as fresh as we can. We drew two games in the last few weeks, but our reaction was positive because we won 3-0 at home to Bournemouth.”

8 of the Most Memorable Champions League Last 16 Ties