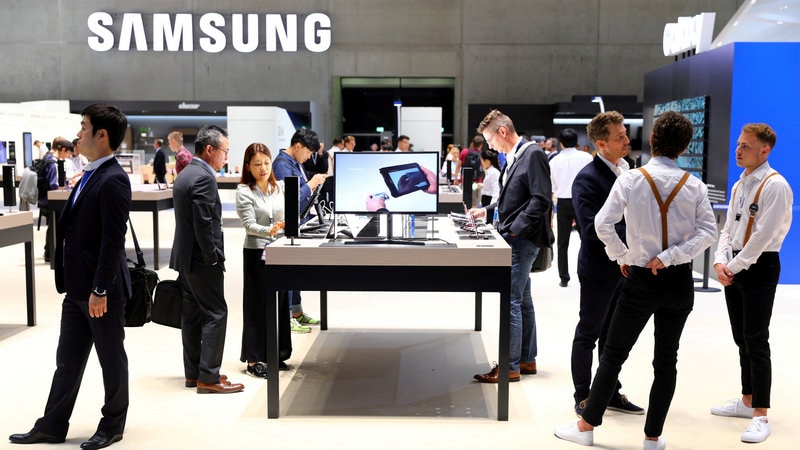 Weaker earnings at the world’s biggest maker of smartphones and semiconductors adds to worries for investors already on edge after Apple last week took the rare move of lowering its quarterly sales forecast, citing poor iPhone sales in China.

Samsung, in a regulatory filing, estimated profit at KRW 10.8 trillion ($9.67 billion) for October-December last year, down 29 percent from the same period a year earlier. That compared with the KRW 13.2 trillion average of 26 analyst estimates in a I/B/E/S Refinitiv poll.

The company does not usually explain the details behind its estimates, but on Tuesday issued a background statement along with its fourth-quarter earnings guidance to “ease confusion” among investors as its estimate was far below market forecasts.

“We expect earnings to remain subdued in the first quarter of 2019 due to difficult conditions for the memory business,” it said.

It released a similar note for investors in late 2014, when it also missed market estimates as mobile profit fell.

On Tuesday, the South Korean tech giant said weaker-than-expected demand from some of its data centre customers adjusting inventories drove down chip prices and hurt earnings. It did not identify the customers.

Samsung’s memory and processor chips, which account for over three-quarters of its earnings and about 38 percent of sales, power smartphones including those from China’s biggest handset maker Huawei Technologies Co.

Analysts expect Samsung’s profit to decline through 2019 as a slowing Chinese economy erodes demand for its chips and handsets.

(For an interactive graphic on memory chip prices, click here)

Prices for DRAM chips, which provide devices with temporary workspaces and allow them to multi-task, declined 10 percent in the fourth quarter, according to industry tracker DRAMeXchange.

DRAMeXchange anticipates memory chip prices to fall 10 percent on an average in the first quarter of 2019.

Samsung said the memory market is likely to improve from the second half of the year due to the adoption of new central processing units as well as smartphone launches.

It also said a “stagnant and fiercely competitive smartphone market” pressured its income and that the firm would continue to innovate its product line such as foldable and 5G models.

“If Apple’s not selling, then is it Samsung that’s selling well? It is not. The smartphone market is already saturated,” said senior analyst Greg Roh at Hyundai Motor Securities.

“Apple’s iPhones have not been selling well in China at least since Huawei’s chief finance officer was arrested. That’s even worse for Samsung because that would drag its chip prices down,” Roh said, referring to Apple as a Samsung chip client.

Huawei CFO Sabrina Meng was arrested in December in Canada at the request of the United States in relation to Iran-related transactions. The firm has said it was not aware of any wrongdoing.

Shares in Samsung opened down 1.9 percent but have since turned positive. The wider market was up 0.1 percent rise.

Google Asked About Pay Equity and Learned It Was Mostly Underpaying...