Samsung Galaxy S10, one of the most anticipated flagships of 2019, is finally set to debut. Without revealing any specifics, Samsung has started sending out invites for a Galaxy Unpacked 2019 event where it is highly expected to unveil the Galaxy S10 formally. The event is scheduled for Wednesday, February 20, in San Francisco. It is likely to be the place for the regular Galaxy S10 model to launch, as well as the Galaxy S10+, Galaxy S10 Lite (aka Galaxy S10 E), and a 5G-enabled Galaxy S10 variant. Additionally, this year’s Galaxy Unpacked event is expected to the place where Samsung will unveil its foldable phone that could debut as the Galaxy Fold or Galaxy F.

So far, Samsung has used its Unpacked events to unveil new top-end smartphones. But this year is going to be a bit different as the company is set to use the Galaxy Unpacked event to unveil not just a successor to last year’s Galaxy S9 but the 10th anniversary Galaxy phone.

Rumours and recent leaks have suggested that there will be three new variants of the flagship Galaxy model, namely the Samsung Galaxy S10, Galaxy S10+, and Galaxy S10 Lite (aka Galaxy S10 E). Also, it is speculated that the company will unveil its first 5G-enabled Galaxy S10 model. It is also safe to expect a closer look at the company’s foldable model that could debut as the Galaxy Fold or Galaxy F. The company gave a glimpse at its ongoing foldable phone development at its annual developer event last November and reportedly showcased its design in a closed-door meeting at CES 2019 earlier this week.

The Galaxy Unpacked event will be live streamed on Samsung’s official website at 11am PT on February 20 (12:30am IST, February 21). The formal invite shows the date and time of the event and prominently features the number 10. The digit 0 in the number 10 on the invite is split horizontally. The line that splits the digit apparently shows two curved-edge devices placed side by side. This suggests that at least two Galaxy S10 variants in work.

Following the rollout of the Galaxy Unpacked event invites on Thursday, Samsung posted a blog post that highlights the developments of foldable and 5G smartphones. “We’re committed to putting 5G in consumers’ hands with a 5G smartphone in the first half of 2019,” the company wrote.

This corroborates previous reports of a 5G-enabled Galaxy S10 model. The top-of-the-line handset is expected to have 12GB of RAM and 1TB of onboard storage. Moreover, Samsung reportedly showcased its 5G smartphone prototype at the CES. 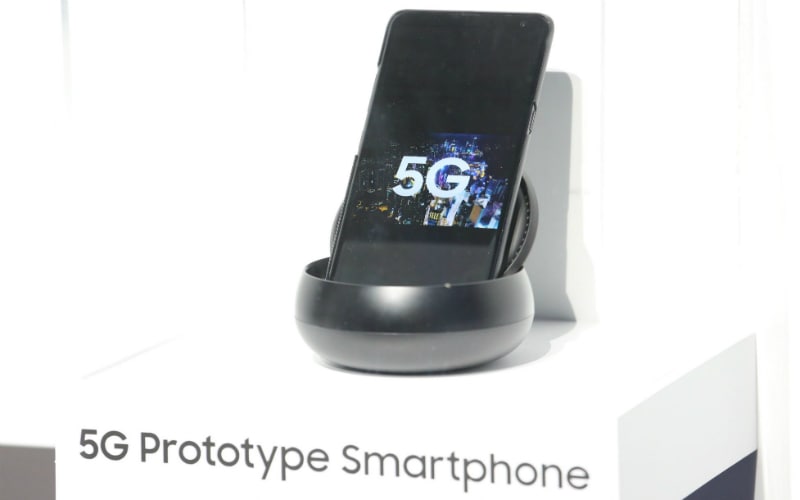 Coming towards the foldable model, Samsung showcased at its developer conference last year that it is developing an Infinity Flex Display panel for its upcoming handset. There will also be One UI on top of Android Pie to support the new form factor.

A Reddit user claimed that Samsung accidentally revealed that the Galaxy S10 design through an article explaining One UI. The company showed a punch-hole selfie camera on the handset. However, the company updated the article with a generic render at the time of filing this story. 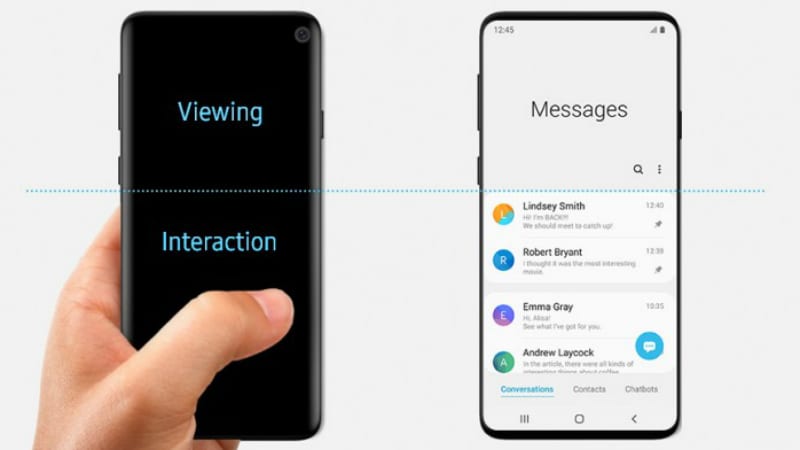 A report by The Wall Street Journal, citing people familiar with the development, states that Samsung is set to unveil its foldable phone at the February 20 event – alongside announcing the Galaxy S10. It is said that there are three possibilities on the part of the name of the foldable phone, including the “Fold”, “Galaxy Fold”, and “Galaxy F”.

Competing against Samsung, Huawei is also expected to unveil its first foldable-screen model this year. LG, Oppo, and Xiaomi are also having similar developments in the pipeline if we believe some past reports.

However, it is likely that Samsung would get the first-mover advantage, at least in terms of grabbing eyeballs.

Three of the Samsung Galaxy S10 variants are likely to go on sale in March. The 5G-enabled model will debut sometime in the later part of the year, though.

Snapchat Said to Weigh What Was Once Unthinkable – Permanent Snaps